“The New Black Vanguard is a contemporary Black fashion photography that is inclusive and reflective of a wider world—in terms of skin color, body type, performativity of gender, and class—and also captures, celebrates, and expands the notions of beauty and agency.” — Antwaun Sargent

The New Black Vanguard is a talk moderated by writer and critic Antwaun Sargent as he engages with the work of four emerging and established Black photographers who are pushing the fashion industry towards an inclusive future. The featured photographers—Arielle Bobb-Willis, Micaiah Carter, Tyler Mitchell, and Dana Scruggs — join Sargent as they consider their photography in the collection and the cross-pollination between art, fashion, and culture in cons0tructing an image. The evening celebrates the launch of Sargent’s The New Black Vanguard: Photography between Art and Fashion. The richly illustrated book addresses the radical transformation taking place in fashion, art, and the visual vocabulary around beauty and the body. The evening will also include an audience Q&A and book signing.
Antwaun Sargent is a writer and critic living and working in New York City. He has contributed essays to museum and gallery publications on Ed Clark, Mickalene Thomas, Arthur Jafa, Deborah Roberts, and Yinka Shonibare, among other artists. Sargent has lectured and participated in public conversations with artists at the Studio Museum in Harlem, Brooklyn Museum, MCA Denver, Art Gallery of Ontario, and Harvard and Yale universities. He has also co-organized a number of exhibitions, including The Way We Live Now at Aperture, Then and Now: Chase Hall and Cameron Welch at Jenkins Johnson Projects, and the traveling exhibition Young, Gifted and Black. His first book The New Black Vanguard: Photography between Art and Fashion released October 2019 and will be accompanied by a traveling exhibition.
Arielle Bobb-Willis was born and raised in New York City, with pit stops in South Carolina and New Orleans. Bobb-Willis has been using the camera for nearly a decade as a tool of empowerment. Battling with depression from an early age, Bobb-Willis found solace behind the lens and has developed a visual language that speaks to the therapeutic benefits of creativity. Her work can be seen in a group show in December 2019 at the Foam Photography Museum in Amsterdam.
Brooklyn-based photographer Micaiah Carter’s work is a singular alchemy of contemporary youth culture, fine art, and street style combined with his certainty that the simple act of representation can be a force for change. His work contains echoes of the Black Power movement and the work of Carrie Mae Weems, Viviane Sassen, Jamel Shabazz, and Alasdair McLellan. Carter is currently working on his first monograph, 95 48, inspired by photographs of his dad and his friends from the 1970s.
Tyler Mitchell is a photographer and filmmaker based in Brooklyn. His work has appeared in British Vogue, American Vogue, i-D, Dazed, and The New York Times. His commercial clients include Calvin Klein, Givenchy, and Converse. His first self-published book, El Paquete (2015), documents the architecture and skateboard scenes in Havana. He was the first Black photographer to shoot the cover of Vogue in 2018, and in 2019 he was included on Forbes’ “30 Under 30” list.
Dana Scruggs is a New York-based photographer, originally from the South Side of Chicago. In 2016 she launched Scruggs Magazine, a print publication dedicated to her vision of the male form, and in 2018 she had her industry breakthrough shooting ESPN’s Body Issue in 2018, becoming the first Black female photographer to photograph an athlete for the publication. Later that year, she became the first Black person to photograph the cover of Rolling Stone in its 50-year history. Her clients include Apple, Nike, The New York Times, GQ, and Essence. 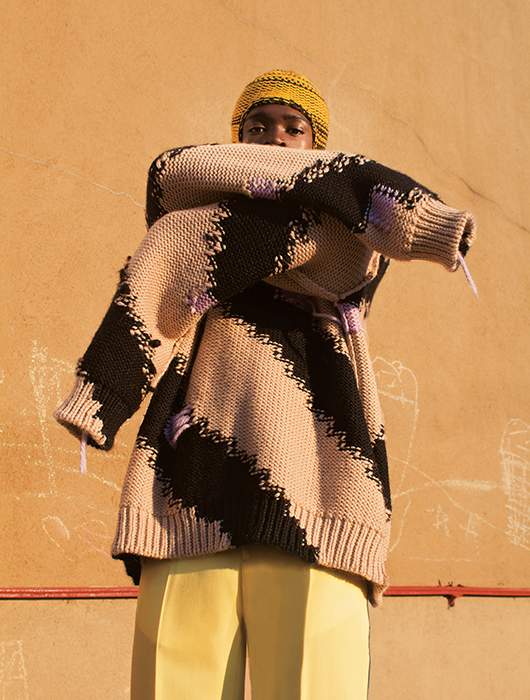 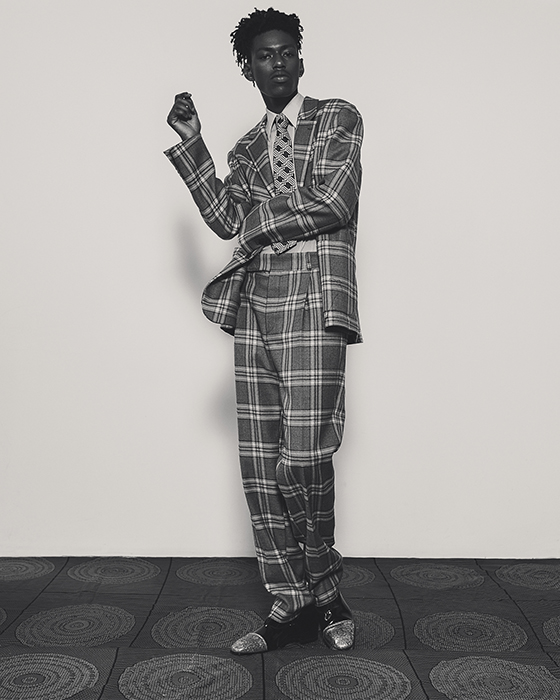 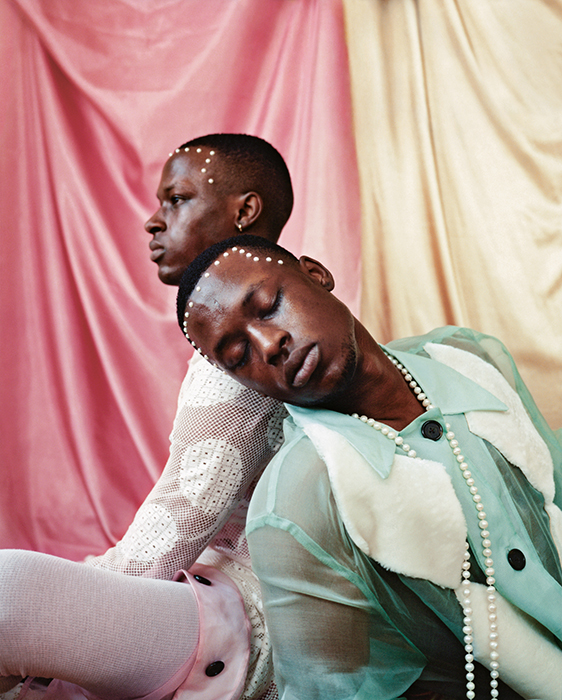 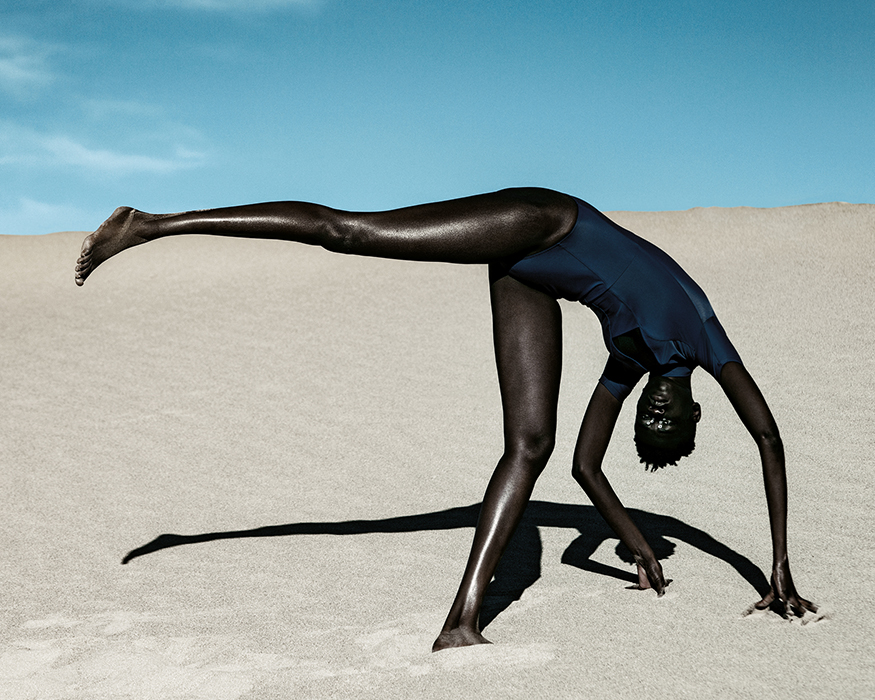 Brooklyn Academy of Music (BAM) is recognized internationally for its innovative programming of dance, music, theater, opera, and film. Its mission is to be the home for adventurous artists, audiences, and ideas. BAM presents leading national and international artists and companies in its annual Winter/Spring Season and highlights groundbreaking, contemporary work in the performing arts with its Next Wave Festival each fall. Founded in 1983, the Next Wave is one of the world’s most important festivals of contemporary performing arts. BAM Film features new, independent film releases and a curated, daily repertory film program. In 2012, BAM added the Richard B. Fisher Building to its campus, providing an intimate and flexible 250-seat performance venue––the Fishman Space––as well as the Hillman Studio, a rehearsal and performance space. BAM serves New York City’s diverse population through community events, literary series, and a wide variety of educational and family programs. BAM, America’s oldest performing arts center, has presented performances since 1861, and attracts an audience of more than 750,000 people each year. Visit BAM.org.
Aperture, a not-for-profit foundation, connects the photo community and its audiences with the most inspiring work, the sharpest ideas, and with each other—in print, in person, and online. Created in 1952 by photographers and writers as “common ground for the advancement of photography,” Aperture today is a multi-platform publisher and center for the photo community. From its base in New York, Aperture Foundation produces, publishes, and presents a variety of photography projects and programs—locally, across the United States, and around the world.