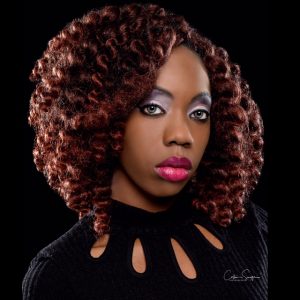 Tiera Deberry is from Wilson, North Carolina. She’s an administrative assistant during the day, a CNA at night, and a Model 24/7. She inspired herself to start taking her modeling career seriously this year though she wishes she could say that she has been modeling for a while. She’s only been in one fashion show but that was enough to spark her passion for fashion and make her dedicated to establishing herself as a serious model.

Tiera’s been wanting to model since she was a teenager, but she shared that she didn’t feel she had the confidence. She didn’t feel like she would fit in, if she was pretty enough, or that she would be accepted in the modeling world. The more mature she became the more confidence she built and now she understands that modeling is what she wants to do and she’s not stopping until she gets where she wants to be in the industry. 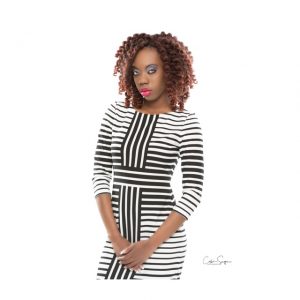 If “you want to model for real, make sure that you are dedicated. Don’t let one “No” deter you from your dream. Learn from all your criticism so it can build you into a great model…”

The ability to offer advice, self-reflect, and learn can go hand in hand. The modeling industry can be a peculiar place but she explains that she wouldn’t change anything about it. She feels like every aspect of modeling is a growing process. As a model, she does feel she needs to work on being more sociable with other models. She says sometimes her shyness gets the best of her. She can become a little standoffish if she doesn’t know a person and that’s one thing she needs to work on.