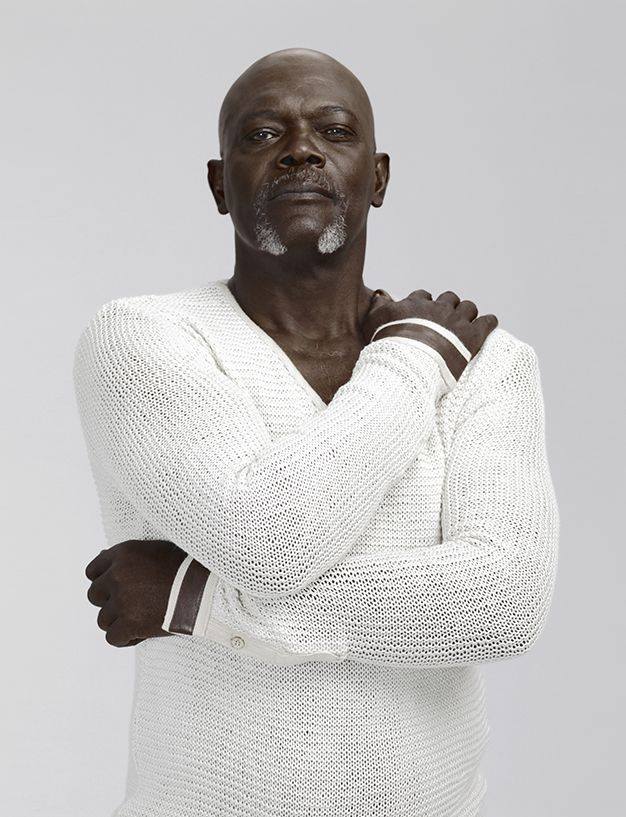 In 1997 I was a skinny tomboy with a ghetto name at a predominantly white school in the midwest. I lived with my father – let’s call him Tom – and his white wife whose daily message to me was that my hair was unkempt. I was going through a somewhat punk\alternative phase because that’s what the other kids were going through, and I wanted to fit in. I wore those super wide leg pants with holes in them and a pocket chain. Revolutionary adult me would have been embarrassed by such fashion choices, but 90s awkward preteen me was just trying to make up for the fact that I was dark skinned. It was a lonely and depressing time.

And then there was Samuel L Jackson.

Wait… the dude who yells in all his movies? The slave from Django? The ‘motherf—er’ man? Yes! The very same. I saw the film Eve’s Bayou, written by a Black woman named Kasi Lemmons (Caveman’s Valentine, 2001; Talk to Me, 2007). Set in the deep south, featuring an all-star Black cast (Lynn Whitfield, Debbi Morgan, Meagan Goode, Diahann Carroll, and, of course, Samuel L Jackson), the story was not centered specifically around the issue of race. Rather, it followed the experiences of Eve, a budding clairvoyant who could communicate with spirits. Eve was Black, and close to my age, so unlike my response to Shirley Temple, whose movies were pushed on me by my step-mother, I found myself moved by Eve’s character. The mother, father, aunt, and older sister all had darker skin like me. Eve was light skinned from a dark skinned mother. That had an impact on me because it meant that I was just as beautiful as a light skinned girl. Eve saw her mother as gorgeous and so did I. Every shade of Black was represented in the movie which made me feel like less of a pariah. Eve was curious and insightful. She cared deeply about her family and her heart was heavy with compassion. Those were qualities I felt trapped by as a child because I was oftrn described as ‘too sensitive’ or weird. I was captivated by both the literal and metaphorical presence of magic in the film.

A Black female director had little to no chance of having her film financed ny a major company in 1997. Knowing this, Samuel L. Jackson not only starred in the film, delivering what I still consider to be his best performance to this day, but he also produced it. In fact, this was the first film he produced. Younger me had no idea at the time, but a producer is basically the person who pays for the magic to happen. So, in many ways, Samuel L. Jackson is partly responsible for the ways in which Eve’s Bayou changed the trajectory of my self-image. I went from wanting to perm my hair to embracing my natural kinks (both Eve and her aunt had thick hair like mine). I felt more confident about my non-traditional spirituality. This was the first time I saw Afrocentric, non-Christian beliefs valued. Seeing Eve and her aunt as these women connected so closely to God and so comfortable in that connection was empowering. I learned the importance of patience and research when making decisions, after seeing Eve reflect on her own decisions towards the end of the film.

When I celebrate the Black artists in theater who influenced me – and cringe at fair-skinned, Zoe Saldana being cast as Blackface Nina Simone — I think back to the time Samuel L. Jackson and Kasi Lemmons brought me Black girl magic in Eve’s Bayou. So, instead of complaining that the beautiful and talented Uzo Aduba should have been cast to play one of the greatest musical activists of our time, I realized that we can, and should, make our own films. Samuel L. Jackson did it. Nate Parker did it. Love him or hate him, even the big homie Tyler Perry did it. We have everything we need to create our own magic. More than that, though, we have a responsibility as creative intellectuals to embrace and celebrate our natural shade. Some caramel colored girl will see Zoe Saldana in Blackface and think less of herself. I think about 1997 me being confused and turned off by Blackface Nina. Hopefully no Black children will see the film and will instead write, direct, and star in their own art that features them falling in love with their melanin, no matter the shade.