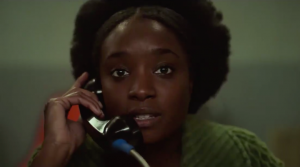 If Beale Street Street Could Talk, directed by Barry Jenkins, is a film that explores the dynamics of Black love. The foundation of love in the film is women who are shown supporting their male counterparts which prompts the question, how can Black men show more love and support to Black women? Taji Mag spoke with the cast at the film premiere in DC about some successful ways they can go about it.

Ki Ki Layne discussed the importance of Black men being more vulnerable stating, “I think it starts with really allowing themselves to give and receive love. I think with Black men there is a cutoff, the need to do so much on their own and to have everything together to take care of the household. I think the support will come when Black men make more room to give love and to be loved by Black women.” 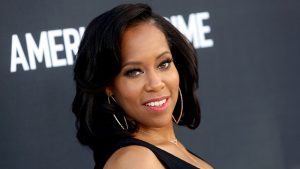 Award-winning actress, Regina King, expressed the importance of supporting Black women saying “First of all, start with the love you feel with your mother. That energy and love you feel for your mother, some of that should be present. Obviously, you love your mother differently than you love your woman, but that is where the genesis exist.”

When asked what Black men could do to better show support she explained, “I would suggest they see this film If Beale Street Could Talk if they don’t have a clue. And tell Black women they are beautiful and really mean it.” When asked if Regina raised her 22-year-old son with those values she explained, “My son is taking off his hat, opening doors, and calls his mom every day and tells me he loves me every day.” 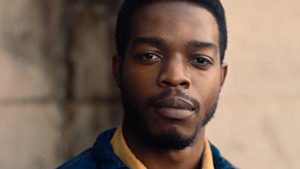 The leading actor of the film, Stephan James (Race), also expressed the importance of his mother and the support of Black women, explaining, “My mother has had a great impact on my life. The best woman in my life, that’s a no-brainer because she raised my two brothers and me. She was definitely a great influence on us.”

Black women have been the backbone for many families, especially in a world of male dominance in the workplace, unequal pay, etc. We as Black men have to continue to step up and show our support. If you need help figuring out how to do so, follow the advice of Regina King and go see If Beale Street Could Talk in theaters everywhere November 30th.