As I am sitting outside the theater in my car, the images keep flashing. The movie was phenomenal, to say the least. But it was also too much for me.

Is it because I too deal with this double conscious? Struggling between wanting to work within the system to change it and wanting to burn the whole thing down. Worrying nonstop about whether my son will become a hashtag.

Set to a spectacular score by Black composer Terence Blanchard, Blackkklansman will transport you to an era when #TeamNatural was a movement and not a meme.

Since the 80s, I’ve looked up to Spike Lee’s work for a reflection of the emotions I had trouble expressing when it comes to race. I have been Mookie: frustrated with how messed up the world is while simultaneously trying to navigate it. As much as everyone wants to be Mookie at the end of Do the Right Thing, I am Mookie at the beginning. I have been Betty Shabazz: ready to rise up and sacrifice myself while still wanting to protect the people I love. Now I am Ron Stallworth: trying to defend and protect and uplift and hide my Blackness at the same time. 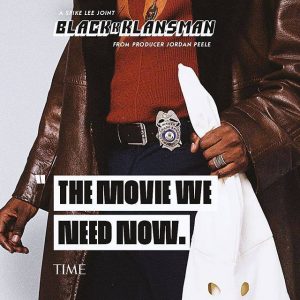 And props to Jordan Peele as well. Peele brought me back to that place of fear from Get Out. John David Washington PLAYED HIS ASS OFF. From the beginning, Laura Harrier had my attention every time she was on screen as BSU president and chief agitator Patrice Dumas and Corey Hawkins gave me chills as Kwame Ture. 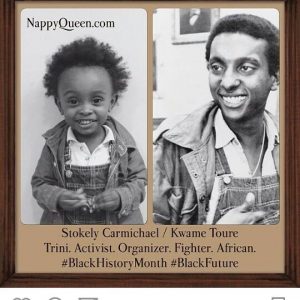 It was Spike’s signature cinematic touches that resonated most with me though. I felt the intentional uplifting of the faces of Black beauty displayed in the crowd, with their features prominently celebrated in close-up shots. When Kwame Ture is speaking at the Colorado College Black Student Union event, it reawakened something that I have been suppressing–that fight in me from college. The hidden hood rat in my heart who I have actively ignored to make way for a more acceptable negro that can gain access to the master’s tools. I thought hiding under the radar was the move.

But there is no such thing as under the radar for Black people. We are under the gun from birth. I once heard a poet in DC say that doctors wrote Black babies’ birth certificates on the backs of toe tags.

As much as people complain about his, I am grateful for Uncle Spike.

Two scenes stood out because they directly parallel to my professional life.

The first part is when Stallworth feels there may be a delay in getting the official klan member card. Stallworth called David Duke and talked his way into getting the coronation pushed up. This cognitive dissonance is astoundingly relatable. There was a clear juxtaposition.

The second scene worth mentioning is when he actually receives the card in the mail. That card is a symbol of his acceptance into whiteness. It is a coveted position in our community; it is a survival strategy we have been taught for decades. Generations of sharecroppers prayed that integrated schools, the right to vote, and general respectability politics would save our Black souls. Regardless of how many times that sentiment is proven wrong, we still cling to it like white supremacists cling to the ridiculous notion that they are superior. The genius of this film stems from the fact that it is based on the true story of Detective Ron Stallworth.

In the last ten minutes or so of the film, I saw the flashes of Black death and white hatred I have avoided on social media for so long. I have never watched any of the police killings. I couldn’t bring myself to do it.

Blackkklansman forced me to confront brutality. It was a call to action.

I cried at the end of Blackkklansman because it hurts. I am in pain. We are in a seemingly unending pattern that both cripples and propels us. While I was in that theater, I cried because I am sick of shrinking myself until I am small enough not to bother Becky. I cried because my future husband is more likely to be a felon than a philosophy professor. One weight was lifted and another was placed on my shoulders. I cried because it is hard to believe in God when my people are targeted like we’re demons and people still defend cops.

I cried because I am tired of this matter-of-fact racism remixed and reborn in 45’s image.

I am so sick of this.

At the same time, I am grateful for Black artistry in the midst of all this ignorance. What I have loved about Uncle Spike since Crooklyn was his ability to take something I thought only I felt and turned it into a universally understood reality. His free-floating dolly shots have long captivated me.

…and now in Blackkklansman (the last scene before we fast forward to the Charlottesville attacks). The film is visually stimulating and incredibly insightful.

As if the acting and filmography weren’t enough, the soundtrack is so on point to the double consciousness that runs through the script.

Blackkklansman will have you questioning your contribution to the cause and our collective position in this anti-Black world.