This year, director and writer, Kasi Lemmons, will bring one of the most heroic and inspiring Black woman figures to the screen, Harriet Tubman.  The film, Harriet, stars Cynthia Erivo, Leslie Odom Jr,. and Jonelle Monae. It is a biopic about the life of Harriet Tubman from her first escape to freedom to being the conductor of the Underground Railroad. The film premiere was held on Oct. 22, 2019 in Washington, D.C. at the Smithsonian African American Musem. Taji Mag was able to speak with the director, Kasi Lemmons, about her creative process and development of the film.

Dapper Dr Feel (DDF): What was the importance of making this film and will this film impact the future of storytelling from the perspective of Black people?

Kasi Lemmons ( KL): As filmmakers, we always ask ourselves, what are the great characters? I write from the characters all the time. Harriet Tubman was one of the greatest figures who has lived. So for me, the fact that no feature film has ever been made about Harriet and she is just such an important person for Americans, especially African American women… This hero needs to be brought to the world, a hero to me on the level of Mother Teresa and Gandhi. She’s a real superhero.

In terms of our future as storytellers, the more we can tell compelling stories that people relate to, the better. There are so many women directors right now and there are so many stories to tell, it’s always been a matter of is the industry ready to accept these stories. Now we are in a period where we can have a Black person as the lead and hero in a movie and bring characters like Harriet to the screen. 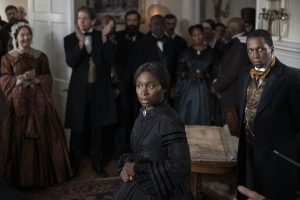 (DDF): What makes this film different from the other films that are about Black slavery?

(KL): Harriet, to me, has always been a story about freedom. If I were to ask you to tell me the story of Harriet Tubman, you would say that she escaped from slavery and then she went back to liberate others. To me, those were like the verbs, that is the Harriet Tubman story.

(DDF): What was your reaction when you found out that you were doing this film?

(KL): My heart started racing, they just kind of sprung it on me and I didn’t have time to think about it, which was good in a way because I went to a meeting and the producer said it in the room. They surprised me because I thought I was just going to a general meeting. I was able to check my pulse to measure my own reaction and, as I am experiencing it, I am thinking, “your heart is really racing, I think you are very interested in this!”

(DDF): You have mentioned in one of your articles that this feeling of excitement is like falling in love. Can you explain?

(KL): Find a good film to work on is always like falling in love to me. There’s always a process of courtship; you’re getting to be friends and then all a sudden you fall in love. With this film, I was really intrigued by it from the very beginning. The love started in my research; she is an incredible presence in my life. 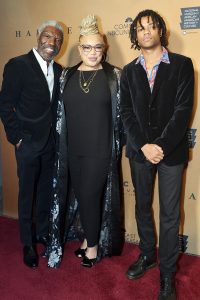 (DDF): What was your approach to creating the premonition scenes that Harriet experienced?

(KL): I went through a lot of stages with it, then boiled it down to its most simple form, because I felt like they were like flashes of inspiration. They took many different forms, she had dreams, trances, sometimes just flashes of premonitions, and seizures. So I started to think about what seizures felt like and tried to make a shocking type of image.

(DDF): You did some very creative things to create the premonition scene with the various colors used. How did that come about?

(KL): When I looked up seizures and really tried to read people’s experiences of what seizures looked like to them, I would find the word monochromatic over and over again. I thought that is what I was trying to make it look like.

(DDF): “What is a man to with a woman touched by God” is a line in the script that stood out to me. How did you come up with it?

(KL): It’s interesting, that is a scene that I wrote the night before we shot it. The producers and executive producers at Focus Features, wanted me to try and describe what it felt like to Harriet after her husband re-married. So we imagined a scene with Marie where she would tell her what it felt like to her. I put off writing it because it was a hurdle to me – how do you write what God feels like? Then I started to explore what it would it feel like to Harriet, I wrote it the night before the shoot and they (Cynthia Erivo and Janelle Monáe) did it in two takes. 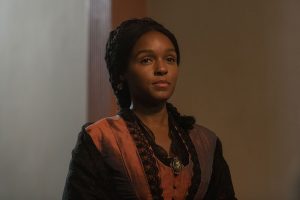 (DDF): In the film, we see the evolution of the heroic woman icon, how did you go about the character development from Minty to Harriet?

(KS): There is a huge arc that we felt in her character, she almost becomes different people. From an ordinary woman into this almost mythic side of herself, she names herself and she is apart of that. So we named them, Minty, Harriet, and Moses. Everybody participated in the character development; Me, Cynthia, and costume designer, Paul Tazewell.  We created her and it was a group effort to give you that arc. From Minty and her dress to when she becomes Harriet in her mission costume, it’s a big arc.

(DDF): What advice would you give to your younger self at the time you made Eve’s Bayou?

(KL): In some ways, I don’t know if I would give myself any advice. Now, where I am in life, I like the way that things unfolded. Take for instance, after I made Eve’s Bayou, I didn’t know if I was going to make another movie but that was a wonderful thing to think at that moment because I was going for broke. So I put everything into it. I’ve had ups and downs in my career. If I could talk myself through those, I would tell myself that you are going to have ups and downs but if you keep going, you get to travel the world, you’ll meet extraordinary people, you’ll work with some of the most talented people and you’ll have a great time.

(DDF): You are also doing a CJ Madam Walker series, what brought you to do that project?

(KL): I have been infatuated with Madam CJ Walker for 20 years. Literally 20 years ago, I was thinking, “You know, it would be dope if we did something about Madam CJ Walker!” So when that came about, I was super excited about being involved in it. Then, Octavia Spencer, she’s perfect for the role. It’s a story that has been interesting for a long time, she is the first self-made Black woman millionaire and you know hair is so special to us black women, we’ve got our own thing. I had a really good time working it. 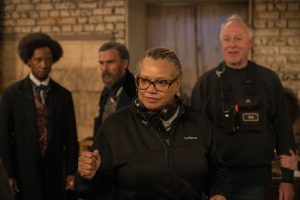 (DDF): Do you hope to bring more important black women figures to film or tv? Any ideas?

(KL): Oh, I am sure I will do more films about important Black women figures. Do I have any in mind…maybe? (laughs)

(DDF): You were in the horror films Candyman and Silence of the Lambs.  Have you had any input or help in the development of the new Candyman film?

(KL): I have contributed to Candyman already in that I mentor the director for the film, Nia DaCosta, since her first Sundance film. She’s great!

(DDF):  Will you make your own horror film?

(KL): There is something that I have in mind but I have to be careful because I am extremely sensitive. I have to protect my energy a lot and be careful of what I bring into my life. When I bring in truth, beauty, and righteousness, it’s a good feeling, so I am afraid and that’s the truth.

The film Harriet was a great film with a lot of exploration of the characters’ bravery, selflessness, spiritually, and intelligence. It stands out as a story about the perseverance of the human spirit against discrimination. Creatively, it is a departure from the usual ‘slave cry’ moments that have become rhetoric in most of the blockbuster slave themed movies and I am thankful for that. Go see Harriet November 1st. 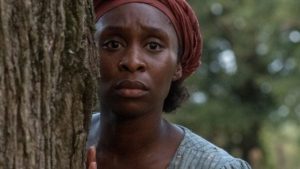