Queen and Slim is a moving film that dives into the racial injustice of the judicial system that frequents the media and social platforms. It’s not just another film that explores this topic, it’s a film that pays attention to perspectives. Much like the 2000 film Traffic, Queen and Slim gives a look at various perspectives from different characters when dealing with racism, police harassment, and brutality while following an innocent Black woman and Black man just trying to survive. Along the way, the audience gets to follow the growth of the characters the and challenges (both mental and physical) they must face.

It’s as if the subject matter of police brutality was brought up at a family gathering during the holidays or posted on a social media thread – everyone has a different perspective that they are entitled to. Not all agree on the actions of the subjects but each has different thoughts because of their experience or career, especially those family and friends in law enforcement. Each person that Queen (Jodie Turner-Smith) and Slim (Daniel Kaluuya) encounter are easily personified as those very same people. From the police officers who are in pursuit of them to their family members to a young man they meet at a body shop to a paranoid man in a trailer park who help them.

Of course, as the protagonists of the film, they are heralded as heroes for fighting racism and murdering a cop but they didn’t do it to be heroes, they did it to survive. Their reactions to the police officer are on different spectrums – Slim being the more passive type while Queen, who is a lawyer, is more vocal. 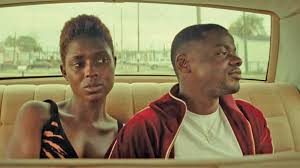 The interesting thing is how many Black people support them and don’t blow their cover while they are on the run. Like most Black folk, they are tired of police killing innocent people such as Philando Castile.

The film also shows the perspective of good police officers who know their job well and pose no harm to innocent people but still get categorized as a threat. This was an interesting perspective because at times people forget that there are police officers who do their job. In some cases, they become villainized and sometimes assaulted because of the negative connotation of the badge caused by bad cops.

During the course of the film, there are characters who resemble some Black folk who don’t care about the fate of innocent Black people and only care about themselves. They are the very same people in the world who show indifference for selfish reasons or only care about making their money.  I have definitely encountered various types of people in my life and have been a little irritated at times when people cannot think objectively about the topic of police brutality, so the film did a great job of delivering the message that I try to relay when I talk to others about the subject matter.

Waithe and Matsoukas Are A Dope Combo 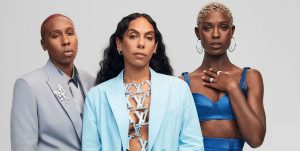 Lena Waithe did a tremendous job with the characters to ensure that this wasn’t another Bonnie and Clyde or Set It Off film wild chase that the film may seem like from the trailers. It’s moreso storytelling about real people, with real problems, who face a world that is full of imperfections while dealing with their personal issues and growing together.

The beauty of the film was the vulnerability and connection that the two characters develop during the course of the film. I really saw the two characters exchange energy as each started to take on personality traits (i.e  Slim becoming less uptight and Queen becoming more open to spirituality), from the beginning to end, its something I felt was well represented.

I was really impressed with the way the film was directed by Melina Matsoukas, the different hues and angles played to the emotions of the scenes. Especially when Queen and Slim had moments of reflection or action. I really felt apart of the scenes and felt the acting that made the characters compelling. Matsoukas directorial efforts proves that she knows how to really capture important moments.

There were many scenes where I saw Queen and Slim as enslaved escapees back in the day, especially when they hid under floorboards when the police came looking for then in an all-white neighborhood. It also reminded me of the enslaved stacked together under a ship.

Queen and Slim is a must-watch film that will be immortalized as a film that audiences will enjoy now and future generations will fully appreciate. My hopes are that it will reach a wide demographic who they can see the perspective of the Black people. 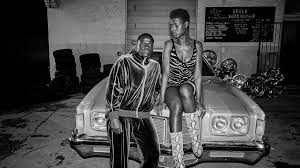