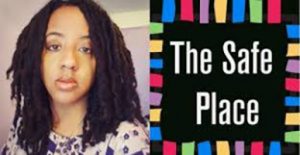 Jasmin Pierre is an activist, author, mental health advocate and creator of The Safe Place app. It’s an app made for people in the African Community to learn more about mental health and serve as a resource for those who need help getting the information that they need. Taji Mag was able to catch up with Jasmin to hear about her creation that can help educate people and, in some cases, save lives.

Dapper Dr.Feel (DDF): What inspired you to develop this app?

Jasmin Pierre (JP): I deal with mental issues myself. I was diagnosed with clinical depression at the age of 20. So, I’ve been comfortable talking about mental health for a long time because of the stigma it got from the Black community when it comes to mental health. We often hear we are supposed to be strong, Black women are supposed to be strong and just pray about it.

After finally dealing with my mental health and coming out about it, I realized there are many other people out there like me. I want to see those people talk about their mental health and get treatment if they need it.

“We need to accept that mental illness is a disease — and like any other disease, it needs stronger research, early screening, and treatment, especially for young people,” – NFL Reciever Brandon Marshall

DDF:  What is your biggest hurdle dealing with mental health?

JP: Some of us in the Black community have been told: “What happens in this house stays in this house.” It was really hard opening up to a stranger about my mental health issues. To admit, yes this going on with me, yes I need to talk about it and can you help me. That was the biggest problem for me.

FYI: Stigma and judgment prevent Black/African Americans from seeking treatment for their mental illnesses. Research indicates that Black/African Americans believe that mild depression or anxiety would be considered “crazy” in their social circles. Furthermore, many believe that discussions about mental illness would not be appropriate even among family. – Williams, M. T. (2011)

DDF: What are the key steps for getting help?

JP: My step wasn’t the best one because when I finally realized I needed help, it was because of a suicide attempt. I don’t want people to get to that point. That is the reason I made the app in the first place, I want people to get help before they even think about suicide. 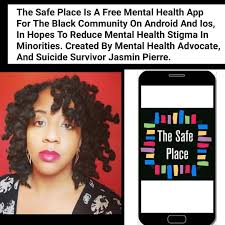 DDF: How important is mental health to self-love, in your opinion? Do you think people separate the two?

I think it is really important. I see it as self-care. If we don’t take care of ourselves and we are constantly pouring into people and we have an empty cup, its just going to hinder us in the future. So I feel like we should have our cup full first before we pour into others.

JP: I am a person of faith and I pray but I’ve also been dealing with mental health for over a decade. I feel like I’m in recovery now so far as my mental health issues but recovery doesn’t mean you are cured.  If I can still go through depressed stages and now I know I can take something for it, I still pray through all of that. God gave us resources for a reason and the Bible even says work without faith is dead. So why are we only telling people to pray about mental health issues, when the bible says you have to take steps forward to getting what you asked for?

We don’t do that with any physical illness. I mean if you have cancer, of course, the church is going to pray for you but they still expect you to see the doctor.

DDF: Explain self-care during police brutality. What made you approach this perspective?

I think that racial trauma is linked to mental health issues. Every time we see an unarmed Black man gunned down by the police, that is affecting our mental health issues. I remember seeing Alton Sterling being gunned down in Baton Rogue, LA. I live in New Orleans, that’s not too far from me. I felt anxious, sad, depressed and worried, and a lot of people felt the same way. I can’t imagine the people who are victims that survived police brutality, just imagine what they are going through mentally. I felt it was important to put that in there because I want people to realize that when this happens that it affects our mental health and we have to think of ourselves when it happens. 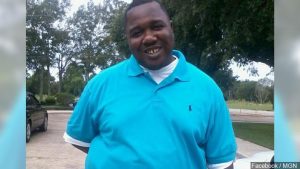 JP: I wanted people in the Black community to express how Black does it feel to have mental health issues in America. Not only do we have to deal with racial trauma and all these other issues as Black people but also, within our own community, we are downplaying mental health.

We are saying mental issues are not serious and therapy is just for white people. I wanted to take time to say I am Black, I have mental health issues, and this is how it feels for me.

FYI: Per Agency for Healthcare Research and Quality, while implementation of the Affordable Care Act has helped to close the gap in uninsured individuals, 15.9 percent of Black/African Americans, versus 11.1 percent of whites Americans were still uninsured in 2014.

DDF: You have free classes offered on your website, what should people expect from it?

JP: Readers should expect to be more informed about mental health, that specifically deals with the Black community and how to erase the stigma in the Black community. The classes are to also spread awareness in the psychology and therapy community. A lot of people don’t understand that those books are westernized, a lot of those issues don’t cover too much on Black culture. We need more minority-based resources out there and that’s is what I aim to teach in my classes. 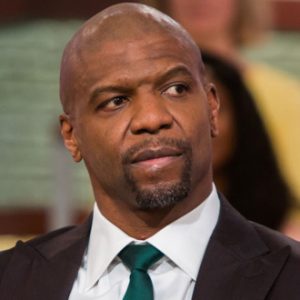 Actor Terry Crews shared a story about being sexually assaulted by a Hollywood Executive last year.

DDF: How do you feel about Terry Crews coming out about his sexual assault story, how difficult do think that was for him and his mental health?

JP: I can relate the whole Terry Crews to the R. Kelly situation. These women aren’t being believed that they were sexually assaulted by R. Kelly.  I feel it was just as bad for Terry because his people believe that just because he is a Black man, that he is just supposed to take that and be strong about it. People think “Oh, why didn’t he just fight him?” I feel like more stigma was put on him because he was a man and he decides to speak about this.

JP: Women tend to reach out more to me but there is a good percentage of men too and I am happy that they feel like they can. I just wish there were more. I feel like women are ok with speaking about their issues and receiving feedback. As we mentioned before though, men are expected to be strong all the time and suppress their emotion. They are not even expected to cry. It may be a while before we see more Black men opening up, but it needs to happen.

DDF: What advice would you give to anyone afraid to reach out?

JP: Do not be ashamed that this is happening to you, it’s nothing you have to be embarrassed about. Even if someone in your family or friends tell you that you shouldn’t get the help and support that you need, don’t believe them. You do deserve the help, the support, and therapy if you need to. 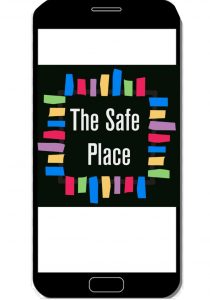 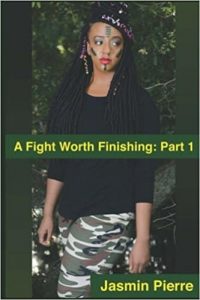 Jasmin’s book ” A Fight Worth Finishing”

Some of the facts and stats were provided by Mental Health of America.