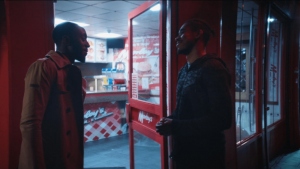 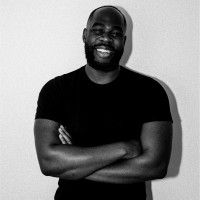 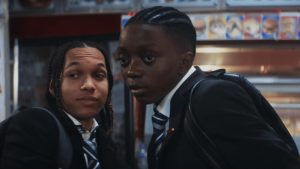 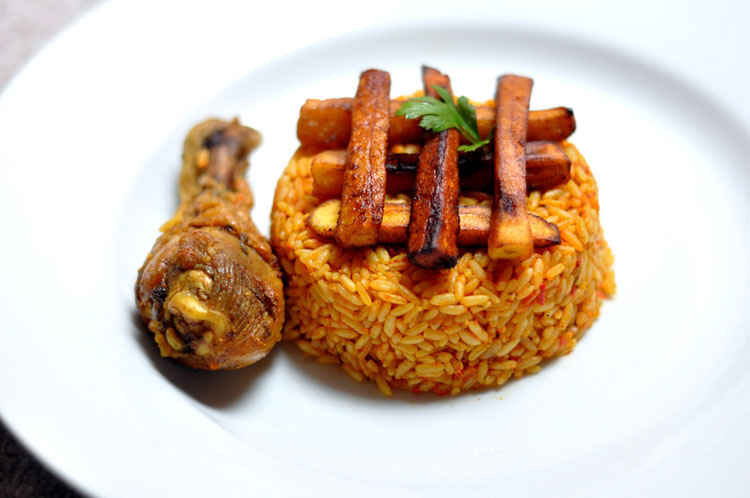 The Joys of Jollof 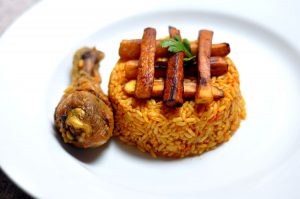 If you’re planning for the holidays and you’ve never tasted Jollof rice, stop everything. Taji mag is giving you another great reason to love the continent. Africa is full of culture, beauty, knowledge, and history. Some of the best food also comes from the motherland. Although a number of West African nations argue about who created it, we can all agree on one thing for sure: it is delicious! If you like Jambalaya, you’ll enjoy Jollof (Jambalaya is actually a derivative of Jollof that came to fruition when Africans were taken from their homeland as a result of the transAtlantic slave trade). All Jollof rice around the world is not the same, but it all started in Africa because our motherland is the  genesis of everything beautiful.

You can spice it up with a bit with more cayenne. Furthermore, as much as I personally like adding chicken or shrimp, you can make it vegan by omitting the chicken bullion and butter (substitute with olive oil or vegan butter). It can compliment a protein as a side dish or be the main course. Another thing to note is that everyone does it their own way. Consequently, Jollof rice is simple and flavorful because of that diversity. So, here is a version I’ve made below with my great grandmother’s instructions, because Taji is different:

Total Time: I say about an hour, depending on how slow yuh chop
Prep: Like 10 min
Cook: 45 minutes (more or less)

Directions
1. Blend together yuh garlic, tomatoes, onions, and red pepper til it gets real smooth.

2. Put in your fresh thyme and white pepper.

3. Add the oil up in there, then put it to the side

4. Fill up yuh pot with 4 cops of water (preferably alkaline, but sick water is fine too I guess)

5. Wash yuh rice in hot (not boiling) water til it come out clear. Drain it real good.

6. Pour alla yuh rice into the hot water with that blended mix you set to the side earlier, stir it with a wooden spoon (any other type of spoon and yuh not doing it right, maybe yuh don’t want real jollof afterall)

7. Put the stove on like a nice heat (not all the way up high, just medium or so) and cook it like for…I say about 45 minutes or so. A good while so the flavors with amalgamate the right way. Keep your eye on it while it cooks and stir every 15 minutes. 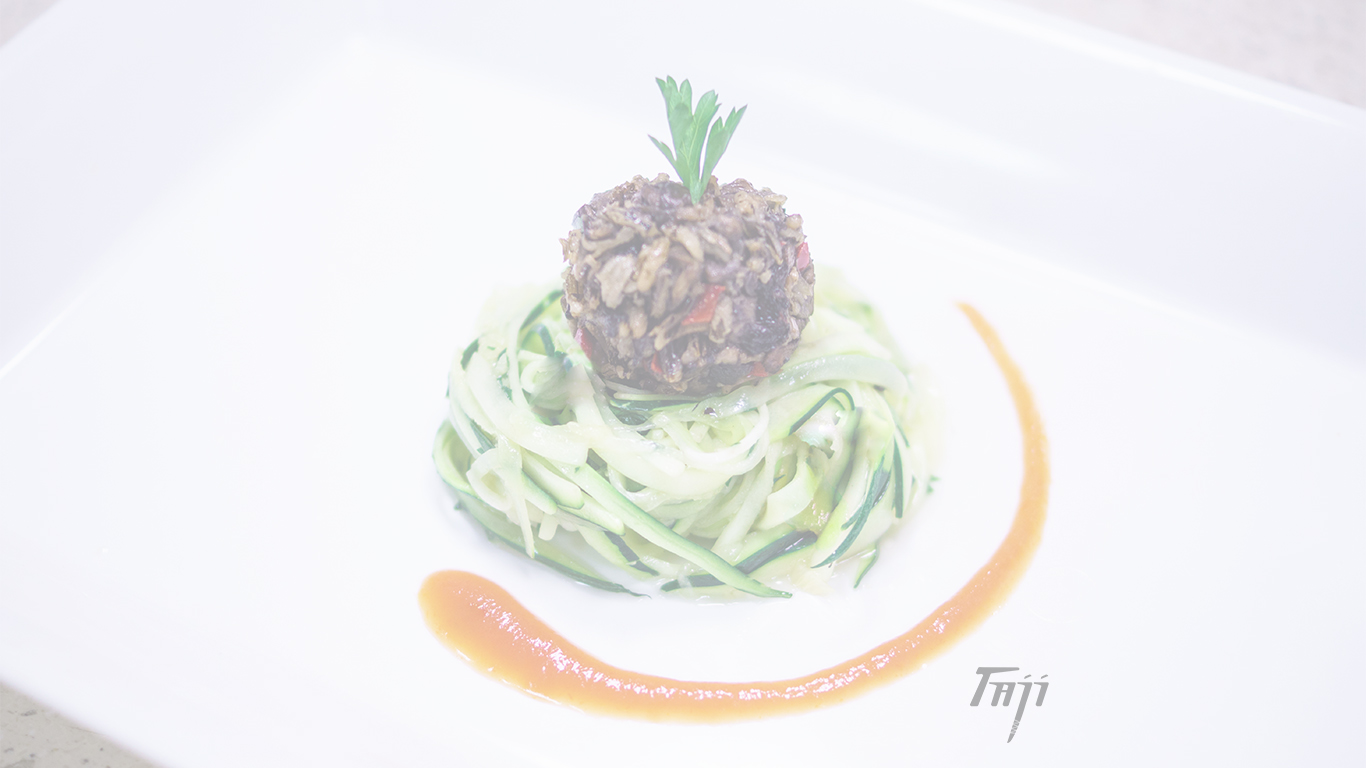 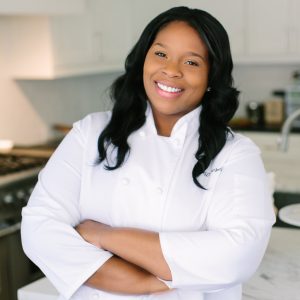 A career in food came naturally to Chef Delliz Hazell…

As a child she spent a lot of time between the family owned bakery and their orchard compound which housed an inn. Many weekends were spent at seaside and the farmers markets with her grandmother, culling through fresh produce and picking through the daily catch brought in by local fisherman. Unbeknownst to her, these experiences would be the impetus for her love of local, farm-to-table and seasonal cuisine.

During her high school years, Hazell began to formally develop her culinary skills by joining her High school Culinary club. There she excelled, joining C-CAP program and participating in culinary competitions in and around New York City. In college, while working on her Hospitality & Culinary degree, Hazell immersed herself in food, culture and community outreach. Her love for local  farm-to-table continued. She helped launch and presided over the cooks in the market club, working with the NYC green market doing live cooking demonstrations for the community using farm fresh produce. Eventually she combined her love of outreach and food by spearheading an alliance with the club and a local shelter to cater events for mothers in need.

She joined, and still volunteers with, Spoons Across America on the dinner party project working with Chef Fili and the Gracie mansion culinary team to educate inner-city kids about the joys of cooking fresh as well as dinner party planning. She’s also worked with the A.I.W.F’s Days of taste as a visiting classroom chef. In addition, Hazell has participated in the IHMRS competition at Jacob Javits and received awards from the Societé Culinaiere de Philantripique and a scholarship award for community outreach from Debragga Spitler.

Upon Graduation Chef Hazell spent a few years in Atlanta, Georgia and started a small baking company that specialized in custom cakes. Upon receiving a few job offers in New York, she decided to move back home and began working in the corporate food sector. Although she gained a lot of experience, Chef Hazell decided to ultimately venture out on her own and become self-employed as a full-time private chef specializing in local farm-to table cuisine and cooking with the seasons.

Chef Hazell is a longtime member of the American Institute of Wine and Food (AIWF), as well as the American Culinary Federation (ACF) and the James Beard foundation. She still has a heart for outreach and continues to volunteer her time and skills to both adults and kids alike, at schools, clinics, community centers, or anywhere she is needed. Most of Hazell’s clients are based in NYC and the Hamptons.

Most recently, Chef Delliz Hazell has partnered with Taji Mag to highlight the fine art yet ease of vegan cooking. It is popular, especially in America, to cook with meat and dairy, but this recent migration to healthier eating has created a demand for vegan cuisine. Most people who are transitioning have the most trouble because they are unfamiliar with how easy and fun vegan cuisine can be.

For Vol 7 of Taji Mag Chef Hazell created a quick vegan “spaghetti and meatballs” that is also free of gluten and soy. For the ingredients and recipe, grab your copy of Vol 7 and flip to page 19! For more on Chef Delliz Hazell and more fresh food tips, visit her website at www.dellizhazell.com and follow her on IG @chefdellizhazell!
If you love this, share it 🙂