Climate change is not a new concept. Neither is environmental racism. Unfortunately, the lack of intersectionality and prevalence of anti-Black microaggressions are barriers to progress. Mainstream activist communities often silence the voices of Black leaders within the Climate Change movement. As with many feminist movements, Black bodies are used to gain traction, but Black organizers are largely missing from many of the conversations. Shout out to our Native brothers and sisters who are also ignored, despite this being their land.

Isra Hirsi, (daughter of Rep. Ihan Omar and climate change activist) is an excellent representation of the power behind Black youth leaders. Jerome Foster, (author, National Geographic explorer, and Climate Justice leader) gives us hope about the future of the planet. While there are far too many Black climate change activists to name, there is one Black woman in the climate change fight who you definitely need to know.

That sister is the outspoken Cassia Herron. 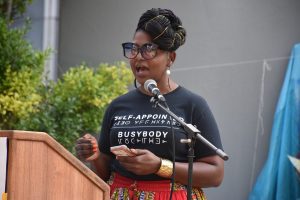 Cassia Herron is one bad sister. As the board president for the Louisville Association for Community Economics (LACE) she has worked diligently to bring sustainability to marginalized communities. Whether it involves confronting hardcore Trump supporter Gov. Matt Bevin about his racist practices or holding white community organizers accountable for their lack of Black representation, she is a force to be reckoned with. This sister is on a mission to offer healthy, locally sourced food to low-income communities that suffer from food insecurity. In a recent panel conversation with NPR, Cassia discussed the urgency of addressing climate change at every stage–particularly the state and federal levels. Her organization, Kentuckians for the Commonwealth, has been at the forefront of the fight in Eastern Kentucky to support the well being of coal miners.

She points out that “trillions of dollars are spent on fossil fuels, and there are not many funds that are being invested in renewables. It’s time for us to dial it back and figure out new paths.”

While Cassia helps lead a number of climate change initiatives, the food insecurity solution is probably the most vital. There is a huge difference between the health of the predominantly Black West End of Louisville, Kentucky and the more affluent East End. In Metro Louisville, Black males have the lowest life expectancy (about 71) compared to the city’s average (around 77) and white males (81). The challenging reality of health is exacerbated by climate change. Poor air quality, doctors who don’t believe Black patients can be in as much pain as white patients, and the high levels of lead poisoning for Black families are worsened by climate change. Black families are disproportionately impacted by the lack of concern for our environment.

Cassia Herron does the work that most of us forget about. 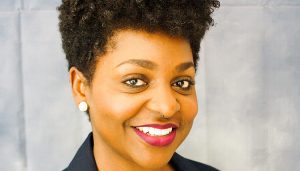 Climate change isn’t an issue that can be resolved overnight. For years, she has been fighting to keep the Black community at the forefront of the conversation. She went toe to toe with Walmart when they attempted to violate urban planning codes to further disenfranchise Black residents by blocking their access to public transportation. She is a rider when it comes to sustainability–especially for marginalized folks like when West Louisville was subjected to heavy environmental impacts. Rubbertown is a predominantly Black community in the West End. It is called Rubbertown because of one particular company that has polluted the surrounding neighborhood for decades. They are the number one violator of air pollution regulations in the city. A few years ago, The American Synthetic Rubber Company applied to have their production capacity increased above the recommended levels. Long story short, they were approved and they currently pollute Black communities even more. Similarly, when Louisville Gas & Electric started their tirade against protected natural land in Kentucky, Cassia was there to fight for sustainability. Despite the massive corporate/legal budget of LG&E, she has stood up to help protect Bernheim Forest from a deadly pipeline.

These fights are exhausting. Black women are already expected to work ourselves to the bone regardless of factors like racism, sexism, and health disparities. We are not allowed to be depressed or angry or too assertive. Still, Cassia Herron persists. There are so many other women in Kentucky doing work just like this. In the fight for environmental justice in Louisville, there are dozens of Black women putting their reputations, bodies, and mental health on the line to uplift our community. We want to recognize that Cassia is not the only one.

From the global Taji Mag community all the way to Kentucky, we are sending you love, appreciation, and self-care, Sis.