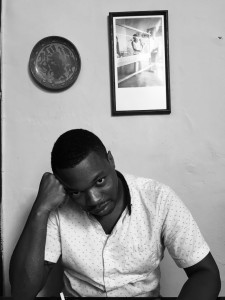 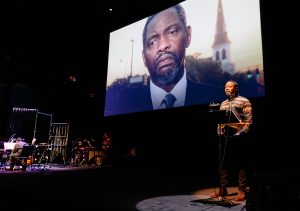 It was as if a pine cone was lodged in my throat and my heart was sinking into my stomach when I watched the documentary Emanuel. Revisiting the story of the nine black people that were killed in a mass shooting by Dylan Roof in Charleston, SC was an emotional roller coaster that I was not ready for. The Steph Curry and Viola Davis executive produced the film was a chilling documentary that reminds its viewers about the power of faith, the destruction of hate, and the state of racial discrimination in America.

The intro featured a clip of the moving and memorable eulogy given by President Barrack Obama for the funeral of the Emanuel massacre. I remember this moment and the post devastation that many were in after the event and how the following events further perpetuated the bias that the criminal system had against people of color.

The film starts off explaining some of the historical roots of Charleston, SC and Emanuel African Methodist Episcopal Church. Going back to the time of the 1800s during slavery, a section of the film I found to be very interesting showed the connection between religion and racism in South Carolina. I really found the short history lesson about Denmark Vessy to be very enlightening and conducted more research about him after I watched the film. He is a former slave that bought his freedom through a lottery and, later, became one of the founders of the AME church. Charged and executed for an uprising of the slaves, Vessey was a very important figure in the AME community.

Pastor Anthony Thompson told a beautiful story about the ritual he had with his wife. They would see each other at the door with a kiss. He expressed how blessed she felt on that day, how much more full of life she was. Stories like this one were refreshing and gave me a break from the wave of negative emotion I felt during the course of the film.

Another moving story was told by Nadine Lance Collier. Her welcoming and charismatic persona held my attention as she shared stories about her mom, Ethel Lance, one of the nine people killed in the shooting. She expressed how optimistic her mother was and, from her description, I could tell that her mom had a pure soul that the world lost.

It was entriguing how the film summarized an origin for Dylann Roof and his life before he committed his crime. The fact that his actions/ideas were sparked by the Trayvon Martin case was surprising. Society speaks about how rap music and violent video games are the cause for destructive behavior, yet here we have the racist acts of others influencing people to think maliciously.

The most disturbing recollection and description of the massacre was from the survivor, Polly Shepard. She fought through tears as she recalled the events of the shooting, her conversation with Roof, and witnessing him shoot her already wounded son. I felt angered when I heard her speak, I wanted to hug her through the screen, and I couldn’t understand how a “mentally disturbed” individual killed innocent people in cold blood, especially after they welcomed Roof in their church with open arms.

“Maybe we now realize the way racial bias can infect us even when we don’t realize it, so that we’re guarding against not just racial slurs, but we’re also guarding against the subtle impulse to call Johnny back for a job interview but not Jamal.” – President Obama, the eulogy at the Emanuel funeral.

When the film spoke about and showed the footage of how Roof was apprehended, it reaffirmed that America has a racial bias in the law enforcement system that cannot be ignored. I couldn’t help but think about the many innocent Black people that have had police officers draw guns on them and, in some cases, were killed, while Dylann Roof was calmly taken in without force after murdering nine innocent Black people.

The film ended telling the stories of the victims’ family members, how they are dealing with the loss, how they are moving on, how their faith has helped them, and their real struggles with the battle.

Emanuel was a well structured and touching film that I think many should watch. Especially after hearing the verdict and following events of the Amber Guyger case. If you can’t understand the power of faith and forgiveness, the documentary Emanuel will definitely show you how.