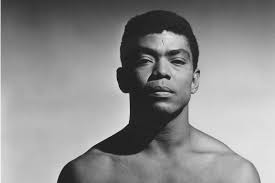 SYNOPSIS: Alvin Ailey was a trailblazing pioneer who found salvation through dance. AILEY traces the full contours of this brilliant and enigmatic man whose search for the truth in movement resulted in enduring choreography that centers on the Black American experience with grace, strength, and unparalleled beauty. Told through Ailey’s own words and featuring evocative archival footage and interviews with those who intimately knew him, director Jamila Wignot weaves together a resonant biography of an elusive visionary.

A working-class, gay, Black man, he rose to prominence in a society that made every effort to exclude him. He transformed the world of dance and made space for those of us on the margins—space for black artists like Rennie Harris and me. – Jamila Wignot

I moved to DC over ten years ago, and one of the first advertisements I saw was for the Ailey Dance Company at the Kennedy Center. I googled the name of the dance company because I was interested in its origin. After all, it featured Black dancers. To my surprise, I found out the company was well known; its visionary, Alvin Ailey, was even more significant. Ailey, the documentary by Jamila Wignot, gave me a more introspective look at the famous creative. There is so much I learned about Ailey. His passion, hard work, and his resilience as a dance creative were unparalleled. I can say without a doubt that this is one of the best documentaries I have seen at Sundance 2021.

As the film starts, voiceovers commence as photos of Alex Ailey are shown on screen. Jamila Wignot does a great job of adding in archived recordings of Ailey. This made me feel as if Ailey was talking to me directly or as if I was watching him chat live at the Actor’s Theater. You can tell the Ailey Dance company is still rich with the passion Ailey provided. When I saw the Artistic Director, Robert Battle, and Choreographer, Rennie Harris, instruct students, I could immediately see Alvin Ailey’s influence.

I found it interesting that at age 14, Ailey fell in love with dancing, but his gym teacher wanted him to play football. After all, back in that time, the understanding of masculinity was not as broad as it is today. Ailey would be teased if he were to skip men’s athletics to participate in dance.

The dance performance of Carmen at the Lester Horton School was one of the inspirations that prompted Ailey to immerse himself into the art. Ailey would go to the arrangements with his friend, Don Martin. He described the performances as “beautifully executed by incredible creatures that took the audience into another world”. After noticing Ailey in the audience at multiple concerts, Horton encouraged Ailey to come out and try dance.

I learned from the film how brave Ailey was to pick dancers who were considered atypical at the time. They traveled around the world sharing their dance art when Black performers were not widely accepted. During one of their first tours, they performed for twenty-five people in Australia and were so good that the show sold out the next night. Director Jamila Wignot’s interpretation of this moment was so spectacular, I felt as though I was actually in attendance of this historical event.

I appreciated the interviews with former Ailey dancers (Sylvie Winters, Sanita Miller, Masazumi Chaya, and Bill T.Jones). They painted a clear picture of what it was like to be a part of the Ailey dancing family. The stories of the terrible hotels, their crowded small bus, and the long rides made the performers’ tours that much more commendable. It was clear that no matter the conditions, they could still perform to the best of their ability and wow the audience.

His Love, His Creation

The documentary featured his mom, lover, teacher, and the greatest love of his life, dance. They all were essential to his existence and life force, but his mother, in particular, was highlighted for how much she meant to him. Ailey did not have many relationships or close friends; all he had was dance. It was not until later he realized that outside of his biological family, his dance company was his family, and dance was the glue that held it all together.

One of the relationships explored in the film was with his short-term lover, Abdullah, a young man he met in France who traveled to New York to be with him. Abdullah disappeared one night via fire escape during a party thrown by Ailey and never returned. The death of his excellent friend, Joyce Trisler, caused him tremendous grief. The repeated loss in his life led to several months of him dealing with depression, leading him to eventually enter a rehabilitation center.

I loved the film because it showed Ailey’s work was inspired by what he was feeling. For instance, when Fred Hampton died, he developed the play Masekela Langage, and after Joyce Tisler died, he created his tribute, Memoria.

Ailey’s battle with AIDS was a struggle; not only was the disease taking a toll on his physical health, but it was also taking a toll on him mentally. What kept him sane and at peace with this mortality? Dance and his dance family. Although he could barely stand, let alone dance, Ailey would watch his dancers rehearse from a couch his team put in the studio.

After watching this film, I’ve gained whole new respect for Alvin Ailey, and I now see why advertisements for his dance company can be found everywhere. Ailey’s concerts have received standing ovations and encores because audience members love to see a passion-filled project. It’s apparent that Alvin Ailey’s essence was present during the development of Wignot’s project. If you want to see the beauty of Ailey’s growth as a man and his contribution to dance, I would recommend watching Ailey. The documentary is set to be released in theaters nationwide on August 6th, 2021. 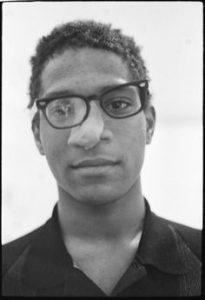 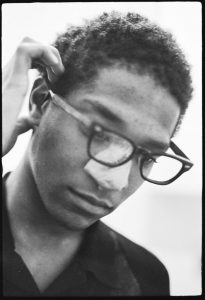