JAE Black hails from Asheboro, North Carolina. He reigns as the Founder, Owner, CEO, and Artist on his independent Label, Illcapone Records LLC.

Best Advice GivenJAE receieved the best advice from his friend of 15 years, Emery. They were hanging out at JAE’s house back during their high school days, making a beat and structuring a song for their rap group at the time, which was called “yung gin.” Emery looks at JAE and says, “yo dog, out of everybody I know in my life and out if everybody in the group, you got it… you’re going to make it… never stop this music thing ’til God allows you to go no further.”  He’s had people share that same enthusiasm ever since that moment, but it was something about that day that made him believe it!

Being able to be diverse in the game is critical and that’s why JAE Black believes that he is both a MC and a Lyricst. Why? He makes great music as an artist and, from a technician’s, stand point he paints pictures out of real life that people can relate to.

Popular Artist most likely to perform with: Drake.

To create this recent album, he was inspired by things that he went through between the release and the few months prior. He experienced a wave of hate, betrayal, jealousy, greed, and even the doubt from loved ones because they couldn’t understand his goals. The Penalty of Leadership is for those individuals who do things out the norm which scare people into only following. It doesn’t bother him to step out of the norm and he doesn’t think it should bother anyone else either; be great no matter who’s against it! The reason for the release date is due to his great grandmother’s birthday. Her passing has given him a focus and drive like he’s never had before.

The Penalty of Leadership dropped on JUNE 9th 2019 on all music platforms.

Where it all started…

His mom dated this guy named Al Luck for four years and, when JAE Black was in 5th grade, Al Luck and his son, Marquese, moved in with JAE and his mom. Marquese and Jae became close like brothers and remain the same to this day. They looped music from the wrestling video game they recieved for N64 and then they recorded it off of a tape recorder.  He had the tape recorder from the Home Alone movie and they would play the beat back from the radio while they rapped over it.

They got to the point where they would take two plastic sticks from toy golf clubs, a couple of empty soda bottles, and other objects to create beats. Marquese would do the drumming and JAE was the MC. It’s funny for JAE  to think about it now but that’s where his love for music began.

JAE Black has written his own music since he was 10 years old and has yet to collaborate with anyone but in the future it could be a possibility. Yet, as he ventures through new levels with his music, he finds that he enjoys the creativity behind each of his songs more and more. He doesn’t have a favorite song but the song that he is most proud of would be: Trust Issues from his recent album.

He’s proud of that song because he took a risk and tried something new. Listen to it and you will understand why. His most memorable performance was when he performed a track in downtown, Greensboro in 2015. A guy in the music industry was given JAE’s music when he came down to visit North Carloina and he liked what he heard. He invited Jae to New York to perform at a music festival called “The Gathering.” It was his first and only experience. In his first song he fumbled and messed up the lyrics so bad that he just went straight to the next song and from that day forward he always told himself to be prepared. Shortly after that, he took a 3 year break because of life. Now his focus and drive are much different.

NEXT STEPS FOR THE FUTURE

For all bookings and features reach JAE Black at officialjaeblack@gmail.com

Find his music and his newest album on on every platform – including Tidal. 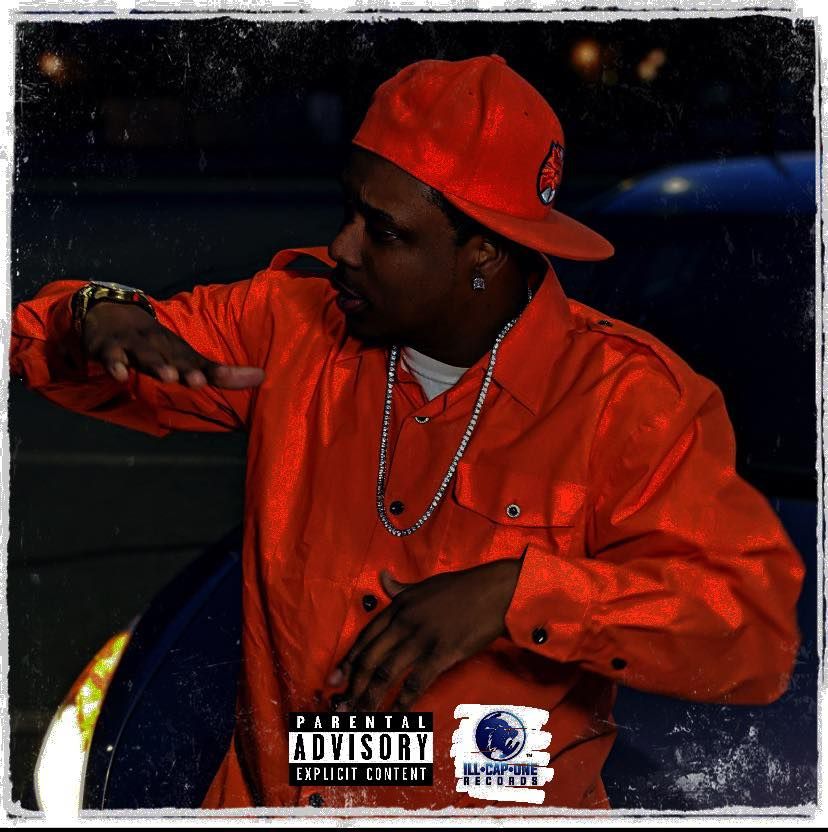 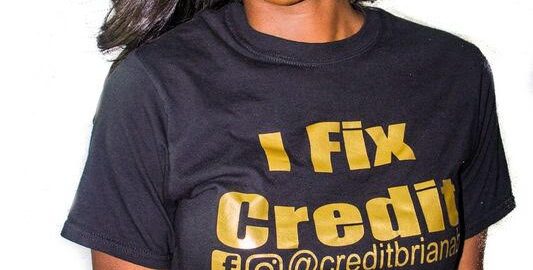 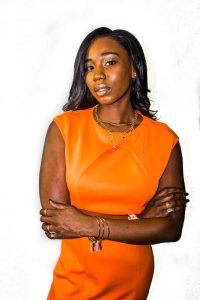 Her name is Briana Barksdale, but she is known in the entertainment industry as First Ladii Briana B. She is originally from Greensboro, NC but she lived in Virginia for two years before relocating back to North Carolina to the state’s Capital, Raleigh.

Goals: A future goal that Briana sees for her financial literacy business is to help one thousand new clients gain financial freedom by the end of 2018.

Bet You Didn’t Know!: If she could work with any top name in the entertainment industry she would choose to work with Oprah because she views her as the most successful woman of all time!

She has attended several schools – A&T, Columbia School of Broadcasting and is currently studying Entertainment Business at the Los Angelo’s Film School – and during her time at the previous schools, she majored in business, media, and broadcasting. It has always been her passion to help others achieve their goals or to motivate them to be “One Day closer to their Dreams.” She is very blessed to be working every day in her field of work and changing the financial lives of all people daily.

Her mother inspired her to start her own company. In growing up, her mother was an entrepreneur and she always had several side gigs. Her daughter studied her tactics and it inspired her to want to grow and achieve all that she could during her life. She currently maintains an established Credit Consulting franchise and specializes in Credit Restoration and Financial Literacy. She also owns a multi-production PR business called First Ladii Productions.

Life with The Company

As a CEO, the qualities she feels are most valuable consist of leadership, tenacity, perseverance, and confidence.  Her credit restoration franchise offers services that mentor in the field and financial literacy services to help repair and retain all things financially related.

The biggest challenge she had to overcome when starting her business was the ability to overcome after failure and/or denial. In her position, she had to juggle so many companies and these tasks are sometimes difficult, but in situations of that nature, you have to reorganize your priorities.

Success is always around the corner! The contribution she made to her community through her success is of great importance. She was recently recognized by her partner company for reaching milestones in her credit literacy program. She also hosted a red carpet event with her production company that sponsors individuals with epilepsy. 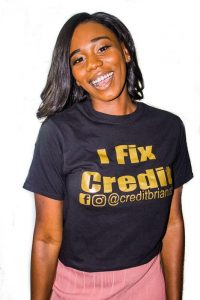 Are there any CEO boss ladies’ who are internationally known that you admire?

Are there any other creative talents that you have, that your audience doesn’t know about?

Barksdale shared that she has plenty of talents.  One of which is being a mother. She’s a mother of a two-year old. In addition, she writes and produces a radio show as well as a talk show entitled Goal Diggers. The show features and highlights individuals successfully chasing their dreams.

She can be reached through social media on the following platforms:

Crysta Wicks is a Chicago native and the CEO of The Boss Wife Enterprises Inc., a multifaceted company consisting of real estate acquisitions, self-development, apparel, and social networking events. Her current publication, “Everybody Is Not Made For This”, was written as a self-help book to empower women in every aspect of juggling life. She was inspired to put together a collaboration of her own personal experiences, trials, and life mastery. She created a book that was more than words but a tool that could be used to compose the best version of oneself in an easy to relate to guide. In writing her book, she became the change and value that she wanted to see in the world.

Crysta’s Wise Advice: Decide on who you want to be and do what it takes to become her!

Crysta currently has written three self-help books, one of which is self-published. Her current audience is full of women that share some of the same titles as her – wife, mother, current and aspiring entrepreneur. In most cases, women wear many modified hats which makes it easy to attract and maintain an audience of women.

As she developed her passion and expertise, Crysta fell in love with self-development books. She believes that no matter what level in life people are at, they should always be teachable. One of her favorite quotes is: “When the student is ready the teacher appears.” When I am ready to take things to the next level, I seek out the self-development genre and the teacher appears.

Her future goal is to, with exceeding faith and hard work, turn her masterpiece writing into an unforgettable box office movie hit that her audience will remember with great admiration and appreciation for her skills, talent, and multi-faceted gifts. 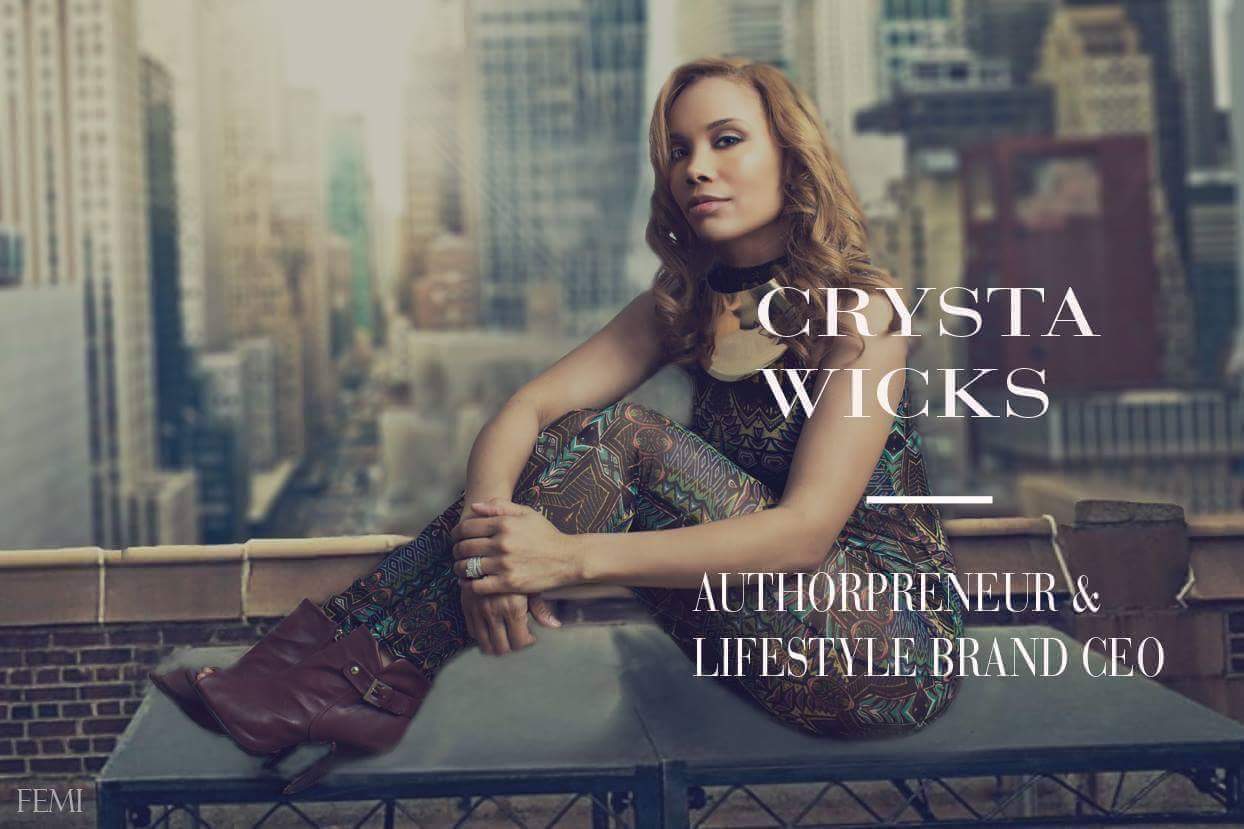