As Spike Lee serves as the director for the Cannes Film Festival, he also has something else major his fans can look forward to…his new book, SPIKE. The hardcover book covers Lee’s 30-year film career and includes never seen before photos from the set of his films. Some photos will come from the archives of Lee’s brother, David Lee, and will also feature photos from onset photographers from his films over the years.

The book is also designed by creative and founder of Vocal Type, Tré Seals. Seals created the custom typography for the book based on Radio Raheem’s iconic LOVE/HATE brass knuckles from Do the Right Thing. The same brass knuckles Lee wore during his win at the Academy Awards for BlacKkKlansman.

What I Look Forward To?

I look forward to seeing extra photos from some of the sets of my favorite films like Jungle Fever, Do the Right Thing, Malcolm X, Mo’ Better Blues, and School Daze. These are the films I grew up appreciating because the characters look like me and some of the soundtracks were dope! Seriously, Mo’ Better Blues soundtrack was my gateway into my love for jazz and the He Got Game soundtrack re-introduced me to legendary hip hop group Public Enemy.

I hope to see more information about films like She Hate Me and Bamboozled because these films were released during a time when I started to pay more attention to social commentary in art and understanding how art imitates life. Lee’s films always prompt audiences to think but never forces the message intended for the viewers.

The book will also feature some stills and quotes from Spike Lee’s “Is it the shoes?” Nike campaign with Michael Jordan. I really want to see his commentary on that experience, especially when Jordan used to put on a show against his beloved Knicks. I mean Jordan used to embarrass everybody, but he used to obliterate the Knicks!

“As I Head Full Steam Ahead Into My 5th Decade As A Filmmaker I Was Elated When Steve Crist And Chronicle Chroma Approached Me About Doing A Visual Book Of All My Joints. We Would Revisit All Da Werk I’ve Put In To Build My Body Of Work. Film Is A Visual Art Form And That Sense Of My Storytelling Has Been Somewhat Overlooked. Why Now, After All These Years? FOLKS BE FORGETTING.” – Spike Lee

For the last few years, Spike Lee has received his long-awaited and deserved roses. Of course, many of us have supported and shown appreciation for the quality entertainment he has created but I feel now he is getting worldwide acknowledgment. So if you are a Spike Lee fan like I am, you will enjoy this book published by Chronicle Chroma and can embrace the nostalgia. The book will be released on November 10th and can pre-ordered here.

Spike Lee has been a celebrated filmmaker, a cultural icon, and one of America’s most prominent voices on race and racism for more than three decades. His dynamic storytelling and unique visual style have made an indelible mark on filmmaking and television. This comprehensive monograph will be a sumptuous visual showcase of Spike Lee’s life and work, a must‐have for cinephiles and fans of one of the most influential filmmakers in history.  His career spans over 30 years and includes: She’s Gotta Have It, School Daze, Do the Right Thing, Mo’ Better Blues, Jungle Fever, Malcolm X, Crooklyn, Clockers, Get on the Bus, He Got Game, Summer of Sam, Bamboozled 25th Hour, Inside Man, and more. Lee’s outstanding feature documentary work includes the double Emmy® Award-winning If God Is Willing and Da Creek Don’t Rise, a follow-up to his HBO documentary film When the Levees Broke: A Requiem in Four Acts, and the Peabody Award-winning A Huey P. Newton Story. In the television arena, he launched his Netflix original series She’s Gotta Have It, which ran two seasons on the platform. The series is a contemporary update of his classic film. 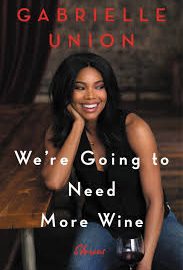 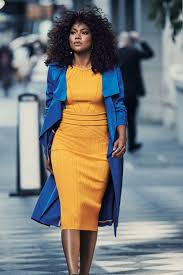 None other than Being Mary Jane herself; the grossly talented and radiant bombshell, Ms. Gabrielle Union’s new book, We’re Going To Need More Wine, has been picking up quite the buzz. Sweetheart of black cinema and star of some of our favorite movies, she is now vying to become one of our favorite authors as well.

“Throughout my life, I’ve often wondered aloud ‘how the hell did I end up here? Why me? Not sure I’ve found the answer to those questions but in this book, I share my journey. The good, the bad, the WTF. You will definitely need more wine for this one.” – writes Union in her Instagram post announcing the upcoming release of the book. 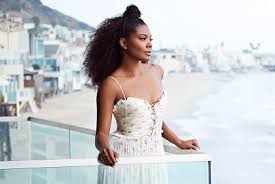 ‘powerful collection of essays about gender, sexuality, race, beauty, Hollywood, and what it means to be a modern woman’, the book has already garnered praises and accolades galore. En lieu of her book release she has given several interviews and has snatched a few magazine covers. With a matching book tour starting in New York City the day before the book debuts, she has even released an exclusive excerpt of the book. A longtime activist for women’s reproductive health and against sexual violence, in the book Gabrielle opens up about her personal experiences with both. With topics such as her on-going fertility struggles with hubby Dwyane Wade, it seems that her writing will be an expression of what it truly means to be Gabby. A Black Woman and an Artist, now an open book.

To that I say: Bring It On.

We’re Going To Need More Wine releases on October 17th and is available for pre-order.

Stay tuned for my review of the book, coming later this month.