A crowd of people sat in silence and awe at a dance performance that was beautiful, captivating and fluid to the accompaniment of music provided by the talented musician, Yo-Yo Ma. Though there weren’t many if any, people of color in the crowd as this was in Beijing, China, what mattered was the headliner was a young Black man from Memphis, Tennessee named Lil’ Buck.

It was a thing of beauty – a man doing what he loves and performing art for the world to see. His performance was something that Malcolm X and Martin Luther King, Jr. would be proud of, a young man being seen for his talent and not just his color. In a world where Black men are vilified, subjected to toxic masculinity and seen on the wrong side of police brutality, it was refreshing to see a glimpse into a world that could exist without racism or discrimination.

When asked about his performance, Lil’ Buck stated, “I never really thought about my performance in that way. For me it wasn’t about performing for the audience, I’m trying to make them feel a certain way. I think that’s why a lot of people gravitate towards me because they don’t see anything else because I don’t. When I’m performing, I am doing my best to become music. It’s a real thing for me. Especially to music that has a story already in it, like the Swan. You can hear the story within it. For me, I can visually see the journey in that song. I don’t come up with anything to impress people, I just feel the music and bring people into my imagination.” 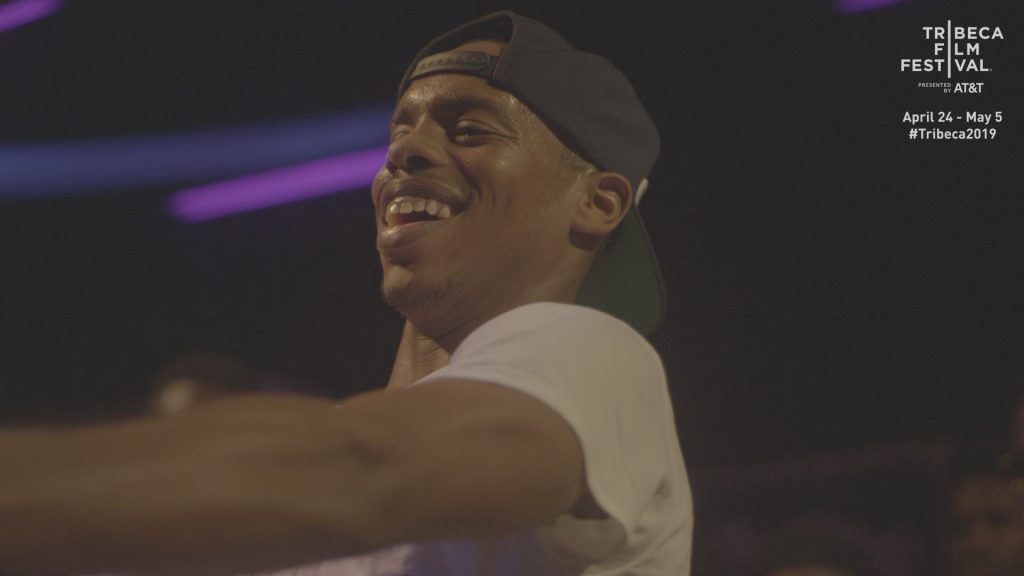 The video is a snippet from the documentary “Lil’ Buck: Real Swan” that world premiered at the Tribeca Film Festival; it was also the part that stuck out the most to me. To be honest, it made me misty-eyed because it’s what every person wants, or at least what every human being should want — to be able to live in peace and love freely. About the documentary, Andrea Passafiume wrote, “In this exuberant documentary, director Louis Wallecan takes an in-depth look at this extraordinary artist whose passion, drive, discipline, and talent have blazed a unique new path in the world of dance that has included performing all over the world, touring with Madonna, mentoring young dance students, and becoming a passionate advocate for arts education.”

Growing up in the Memphis skating scene, particularly at Crystal Palace Roller Rink, was the big thing for youth to keep them entertained and off the streets. Once the skates were taken off and the rink was open for dancing, that’s when the main fun began and people were able to show off their new jookin moves. Jookin is a popular dance style in Memphis for all ages that stems from breakdancing and the gangsta walk. This is how the film, Lil’ Buck: Real Swan, starts to chronicle the life of Lil’ Buck.

“I was born in Chicago and my family moved to Memphis when I was eight. Even back in Chicago, I can remember seeing footwork in indigenous street dancing.” – Lil Buck explained about his roots in dancing and upbringing.

Charles “Lil’ Buck” Riley developed a passion for jookin and dance at the young age of 12. From there he had the desire to become the best dancer he could be. He became so impressed with the length of time that ballerinas could stay on their toes that he decided to take up ballet.

“Growing up I always thought these dancers in videos were making all this money, we literally thought they were rich. All these dancers are next to celebrities like Lil’ Wayne, Madonna, and all these people. Some were not as good as my friends and I, so we would be like, “How the f*ck are they on TV?” We would ask this question every day and tell ourselves that’s where we needed to be.” – Lil’ Buck

Lil’ Buck said that in the beginning, he just wanted to be in videos and put jookin on the map. To be able to reach where he is now. Thinking about how small his dreams were, it just inspires him to dream larger and tell others to do the same. He further explained to not be afraid to dream big and to go after it! It’s not enough just to dream, its the work you put into it. He remembers when he experienced bloody toes and toenails falling off, trying to stand on his toes in his sneakers. Lil’ Buck reminisced, “Imagine walking around all day in school on your toes because you want to build that strength and to be on the level where you surpass ballerinas. It was painful but worth it!”

With some dancers, their goal is to tour with a different artist but not too many dancers see themselves as the artist that has the same strength and power as a singer or actor. They can make a good living for themselves and their family, creating generational wealth. Dancers like Lil’Buck, don’t always have that platform but their art is just as captivating. A lot of kids today are gravitating towards this instant success instead of really investing in themselves and really building themselves, enjoying that journey towards their goal. Lil’ Buck hopes to be a good example of enduring and enjoying the journey.

Lil’ Buck being interviewed by Felipe Patterson (aka Dapper Dr Feel) of Taji Mag at the Roxy hotel during the Tribeca Film Festival in New York. (Video by William Baldon)

Lil’Buck discussed that his inspirations are Earl “Snake Hips” Tucker, the Nicholas Brothers, Little Buck, Buck and Bubbles, Gene Kelly, Fred Astaire, and Michael Jackson. He explained the way they combined film and dance was inspiring to him. The way they combined storytelling and dance was amazing to him. He remembers that Michael Jackson, the King of Pop, always called his music videos short films.

“Those that inspire me are my peers, Daniel Price, G-Nerd, Jah Quincey, Caviar Taylor (On My Toes), BoBo and all the rappers like 3×6 Mafia, DJ Squeaky, they created what I’m into.” – Lil Buck talking about others that inspire him.

Bruce Lee was one of his biggest inspirations because of his philosophy on life. Not isolating yourself mentally to learning only one thing. He was open to learning and putting together different forms of martial arts. He’s always into strengthening himself and thinking outside the box. 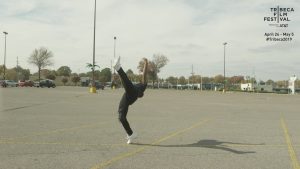 The doc starts off with smooth jookin moves, that impressed me and reminded me of the great dancing films like Breakin’. I wasn’t sure what the aim of the film was but this direction definitely kept me engaged. It didn’t feel corny or fake like the multiple Step Up films that lack the originality of dancers in this film. Every one of them passionate about their craft and every move.

The film was amazing and well done down the other performers describing their love of jookin and their performance that followed to the storytelling of a young Buck’s evolution of aspiring background dancer to a headlining performer. The ending of the film is creative as it has a dancing Lil’ Buck transitioning from background to foreground and left of the screen to the opposite side, representing the journey the project has taken you on.

It’s a film that everyone should see, especially the little boys of color, to show them that they should follow their heart and that they can truly be what they want to be in life.

Thank you Lil’ Buck and Lois Wallecan for the great film about such an inspiring young black man!