The Photograph was a phenomenal film, no doubt. Much is to be said about the collaboration of artists on the project as one of the most impressive elements of this film is the music composition. The film composer is none other than Robert Glasper. Knowing he was responsible for the soundtrack immediately gave me confirmation that The Photograph would be an overall great production. Right after watching, I immediately sought out an interview with the man behind the music, Robert Glasper. I had the chance to ask the multi Grammy Award-winning and Emmy winning artist about his work on the film.

Dapper Dr Feel (DDF):  What brought you work on this film?

Robert Glasper (RG): Luckily, Stella being a fan is what really brought us together. She liked my trio albums so a lot of the music in the film was based on that earlier work.

DDF:  What was your creative process for the film?

RG:I liked making things up in front of the director. We’d put up a cue and they’d tell me what they wanted to accomplish emotionally and I liked writing there right on the spot. Sometimes it takes ten different tries or sometimes it’s magic on the first try, but that’s just the process that works for me. If the director is there, I can include them in the process and get the best result. 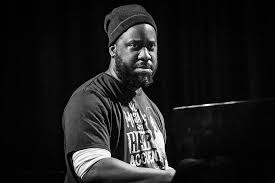 DDF: The music definitely matched the tones and colors of the film. How did these aspects of the film influence your work?

RG: Each scene had a purpose and some kind of emotion behind it that Stella wanted to portray, whether it’s anger, confusion, sadness, happiness, sexiness… Whatever it is, it’s my job to try to match the emotion with music, or musically support the emotion. The great thing about it was that she was very free with letting me be who I am musically to try to get these points across.

RG: For albums, there’s nothing you have to match it with. When you’re composing music for a film, you’re trying to help tell a story that people are already seeing visually. There’s something already there and you’re trying to attach something to it that emotionally reflects and assists the storyline.

DDF: What movie music composers are you inspired by and why?

RG: I’m not really inspired by movie composers, I’m more inspired by artists and musicians who do music. If it just so happens that they do a movie great, but there are no film composers I pattern myself after or study, per se.

DDF: What are some of your favorite film scores and why?

RG: I like Love Jones film score. This score kind of reminds me of Love Jones because it’s the story of two young black adults that are really artsy. Both films kind of parallel each other and both use music of their generation to tell their story. The Love Jones soundtrack was full of people of the generation and it was really cool. The Photograph is also full of music of the generation. At the same time, it had some throwback stuff that inspired this generation and used jazz as well. The difference is that Love Jones used Charlie Parker and John Coltrane — jazz from the 40s, 50s, and 60s. This one was more modern. It has music from me and Christian Scott; it used jazz of today. 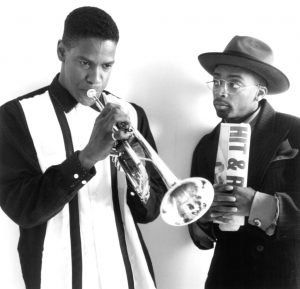 DDF: I actually thought of Mo’ Better Blues while I watched the film. Was it your inspiration?

RG: Mo’ Better Blues is definitely one of my favorite soundtracks like I said earlier. When most films use jazz, they use jazz from the 20s-60s; they rarely use jazz of this time period. Mo’ Better Blues was made in the 90s and used music and musicians of that era, and that’s what made it really dope to me, so this feels like the same thing for sure.

DDF: What would it mean for you to win an Oscar? Is that the goal? 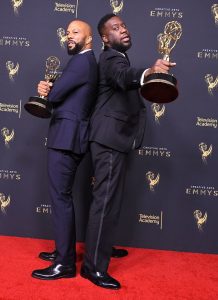 RG: I’ve already won an Emmy for my work on Ava Duvernay’s documentary The 13th on Netflix. I wrote the ending song featuring Common and Bilal. So it would be amazing to win an Oscar. Most musicians aim for a Grammy. I’ve been blessed to have a few Grammy’s and an Emmy so to get an Oscar would really be icing on the cake.

DDF:  If you can choose one song from your catalog to describe The Photograph, what would it be?

RG: I’d probably say a song I did on my Black Radio album called “It’s Gonna be Alright” featuring Ledisi. It’s saying no matter what the ups and downs of life or a relationship, there’s always sunshine, there’s always a bright side. These particular movie characters had their ups and downs in their relationships and they found a way to make it work, so I’d probably say that song.

DDF: How have you grown as a score composer since your first movie project?

RG: I’ve grown a lot. I’ve just learned how to read and understand directors better. My musical palette is bigger. Understanding how to bring in different vibes from all across the global palette of the world. I’ve had to mix all kinds of styles of music, some I’ve never had to tackle before to bring across one scene. It helps you grow, the more knowledge you have, the better. For instance, in this film, I had to compose some New Orleans music and I’ve never had to do that before. Having to compose styles outside of what you’d be personally oriented to create has just made me a better musician. 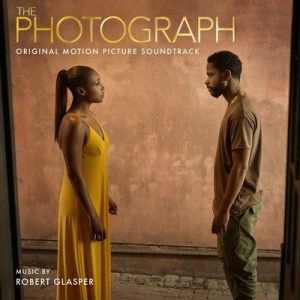 Robert Glasper was a perfect choice for the Photograph soundtrack. His musical talents paired with Issa Rae’s and LaKeith Stanfield’s acting skills plus Stella Meghie at the helm, audiences everywhere are in for a treat. It’s artistic range, both directorial and musical, feels similar to the Spike Lee classic Mo’Better Blues. Anyone familiar with the 90s classic would find this a testament to The Photograph’s contribution to cinema today.

The soundtrack by Robert Glasper also features music by artists Lucky Daye and H.E.R and can be found on platforms like Google Play, Apple, Spotify, etc. Watch The Photograph in theaters now then run and buy the soundtrack. You’ll be thankful you did.