The Side Chick Web Series is a Roller Coaster Worth Riding 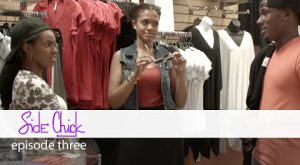 Side Chick is a drama that follows the emotional millennial roller coaster of Lynn’s (Gabrielle Briana) affection towards James (Mike Merrill) who is engaged to an honest, caring woman named Kia (Chloe Stafford). Unlike some women, Lynn doesn’t fit the role of “the other woman” because she is misled and deceived into dating James, who loves his fiancé but is also intrigued by Lynn. As their emotions grow fonder, conflict unfolds, morals are questioned, and love is tainted. Ultimately, Lynn, James, and Kia are forced to examine what love truly means. 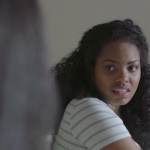 Our faces at James throughout the whole damn show…

Season 1 of the series dives into the lives of Lynn and James and how they start to intertwine. The finale of season 1 releases a truth that we were all waiting to be revealed. Season 2 carries us through the relationships developed separately and has us on the edge of seats wondering what’s going to happen. (It also has a significant production upgrade that made us happy to experience their growth and elevation.) When a major connection is unveiled, we all yelled “ohhhhh sh*t!” We’re definitely looking forward to Season 3.

You can watch the full series on YouTube and contribute to their production with your dollars. Yes, producing great content requires money and everyone involved should be paid, so watch the show and open your wallet! Follow the series via the links and start watching the show below!
Instagram: @sidechickwebseries | Facebook: Side Chick Web Series | Creator: @ashmcart3