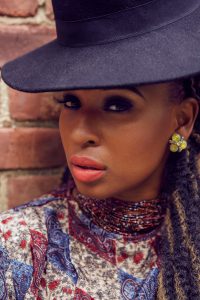 One thought on “Shine Your Light with Songstress Maimouna Youssef”