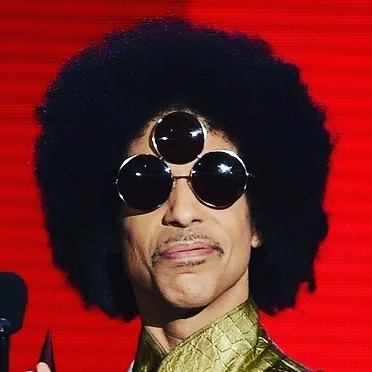 At 1:05p I get a text from my longtime homie Shan that reads “WTF is up with these people saying my original Baby Daddy is dead!?!” I simply replied, “Nas??” half caring about internet rumors, especially when I’ve only been awake for 15 minutes. Awaiting her response I inadvertently check a facebook notification, hit the back button which led to my newsfeed, and lost all air from my body… No, God, Please… Not Prince…

I went to check the singular news source I rely on for death notices and they only confirmed “someone” died. Then, at 1:17p my King messaged me: “Hey baby. Prince died.” He was the first person to actually say it to me. A minute later my best friend called and whispered “Are you ok?” …”No…” We cried. Hung up. My King called, I was still crying, he just listened, only half understanding. I didn’t have the words to explain it to him at the time. I washed, briefly went to the gym, and cancelled the rest of my day.

I was too mentally numb to party like it’s 1999 alongside the rest of the Prince stans at the impromptu Spike Lee block party or with Quest Love at Brooklyn Bowl, so I stayed in bed. When I first realized it was official, I didn’t think being on facebook was a good idea, but I’m glad I hit the window accidentally. It was tough, but the out pour of love for Prince’s artistry has been so fulfilling. I’ve gotten to see a few clips I’ve never seen before and watched the globe bask in why I’ve loved him as far back as my memory travels… Throughout the day I received the messages I needed to use to explain why the loss of this particular icon crippled me. It helped to know I wasn’t alone, like I so often felt when I spoke of Prince.

It also helped to laugh in between the blanket-soaking tears. But of all, my heart was most moved by my King creating this piece for me… the tears burst through like a flood… The black and white version is in his Pan African coloring book, The Little Black Book. The colored piece is available as a print and t-shirt due to popular requests when he posted them. My first facebook post read: “This sh*t is so unreal to me. I decided to go work more on [Taji] Mag to take my mind off of it and forgot I dedicated a page to him (it’s Vol 7, the theme is Afrofuturism, his Bday is June 7th and Vol 7 releases June 7th, etc), but now it has to be in memory of… I’m not ready.
Yesterday my old ipod finally died while I was listening to Insatiable (my fav song) and I was so momentarily pissed. If I only knew…”

I was devastated. I felt betrayed. But now… Now I’m listening to HITNRUN Phase One & Two imagining how his concerts would’ve been performing these songs so different from his 80s hits, yet still SO him. How I will remember him. Afro. Smiling. Protecting his 3rd eye. <3