Lovecraft Country: Is Racism Scarier Than Ghosts, Monsters, and Witches? 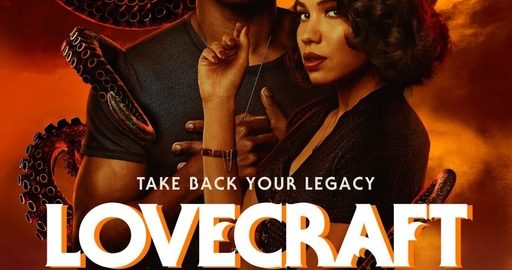 SYNOPSIS: HBO’s new drama series, LOVECRAFT COUNTRY, based on the 2016 novel by Matt Ruff of the same name, debuts this August. The series follows Atticus Freeman (Jonathan Majors) as he joins up with his friend Letitia “Leti” (Jurnee Smollett-Bell) and his Uncle George (Courtney B. Vance) to embark on a road trip across 1950s Jim Crow America in search of his missing father (Michael Kenneth Williams). This begins a struggle to survive and overcome both the racist terrors of white America and the terrifying monsters that could be ripped from a Lovecraft paperback.

If you love 80’s movie nostalgia and horror-themed shows like Tales From the Crypt and Underground, this is the series for you. Showrunner and creator of Underground, Misha Green, brings all of these elements together in the new HBO MAX series Lovecraft Country. Me being a horror buff and a supporter of the various creatives involved (i.e. Jurnee Smollet-Bell, Jonathan Major, Jordan Peele, etc.), I had to check it out and satisfy my pallet for a Black horror series. Added bonus, the series showrunner is a Black woman, something not common in Hollywood.

The Horror of Lovecraft Country

While watching the characters interact with the world around them, I wondered if racism in the 1950s was scarier than the ghosts and monsters? I saw the terrifying look Black characters had when they were being questioned by white police officers and I honestly couldn’t tell the difference between those moments and the moments when they encountered a monster.

I asked actress, Jurnee Smollet-Bell, which was scarier, racism in the 1950s or monsters, ghosts, and witches? She replied, “With the Monsters, what you see is what you get. You kind of know what to expect? It’s pure danger. You do whatever you can to escape, otherwise you’re screwed. With systemic racism, which is what this country has been built upon and has yet to dismantle, it’s more horrifying because it’s more nuanced. You have to fight it at every single step of your life. In the pursuit of your happiness, whether it’s purchasing a home and fight against the redlining and housing discrimination in the 1950s, not being able to get a loan from a bank if you wanted to purchase in a certain neighborhood, driving while Black, trying to apply for a job at a local store. It’s actually more oppressive and terrifying to me because you don’t know what to expect, you don’t know when it’s coming.”

I can definitely see the Jordan Peele influence – using racism as a horror element. Showrunner, Misha Green, mentions in her Warner Media interview how much influence Jordan Peele had stating, “When we were working on Lovecraft – he was doing the film Us at the time – we talked a lot about our shared belief regarding horror, which is: You need the metaphor. I’d played with that on ‘Underground’; that it was a heist movie but set in slavery times.”

Actor Jonathan Majors also noted Jordan Peele’s influence. “This series shows we as Black people contain multitudes. We have all these things inside of us. We know that horror is a part of our life, we know Afrofuturism is just our imagination. It gives us permission to move into any genre we want. I was surprised that Jordan Peele took Black bodies and put them into a horror genre and expanded the scope.”

The series lead protagonist, Atticus Aka Tic, is played by actor Jonathan Majors. The character has a love for books and a protector mentality – an extremely compelling character. Starting off as a nerdy kid with glasses who transformed into a courageous young man, I wanted to see more background of his transition into manhood. I discovered Majors had researched his role by reading various authors, some of whom are mentioned in the series. When Atticus is introduced, he’s seen reading a book and even mentions his love for books. I ask Majors if he had to survive in a mansion filled with ghosts and monsters what historical black figure would he choose to be with him? He responded, “Fredrick Douglas and Nat Turner because, in this type of scenario, we have to do a trio. Like Jordan, Pippen, and Rodman. It would be me, Frederick Douglas, because he has the brains and Nat Turner because he’s a fighter! Go homeboy Nat!”

Leti is a very amiable character. Her confidence, charisma, and charm had my attention every time she was on screen. She embodies the strength of strong female Black lead actresses from that time period. Smollet-Bell explained the inspiration for the character came from her grandmother, whom she never got to meet. “My grandmother’s nickname was Showtime! I grew up hearing the stories about her being a single mother, raising four kids, and being so mistreated by white folks whom she cleaned the house for. Yet they could not rob her of her dignity!” Smollet-Bell also read prominent writers like James Baldwin and Gwendalyn Brooks to research for the role. She mentioned her search to find the fire inside Eartha Kitt to bring life to her character Letitia and it shows.

Misha and the Music

One of the elements that set the tone of each scene was the amazing soundtrack. I found myself lured in the various songs and speeches that really give the series life. In my head, I thought, “Yeah we needed to have a Black showrunner in charge of this show because this soundtrack is dope and engaging.” Being a music, tv, and film lover, I was definitely satisfied having all those boxes checked off in one project. Especially when artists like Moses Sumney, Leon Bridges, and Black opera singer, Marian Anderson, play throughout the course of the series.

When asked about the soundtrack selection, Misha Green explained, “Joe Pokaski and I used to talk about how do we pull the slavery portrait off the museum wall and evolve the story beyond, ‘Look at how bad slavery was’? One way was by using more vibrant camera movements; the other was through using modern music. I wanted to build on that in Lovecraft and also integrate ‘found audio’ into the score. For example, in the opening, we use voiceover from [the 1950 film] ‘The Jackie Robinson Story.’ Later we have [Ntozake Shange’s 1975 poem] For Colored Girls and [poet, Gil Scott-Heron’s] Whitey on the Moon. I love the idea of taking our show ‘out of time.’ It’s the past, present, and future. How do we wrap all of that into a unique soundscape? We want the show to be full-sensory, engaging, and have people learn from it without having to learn from it. My favorite learning experiences are immersive; those that make me re-think what I know as opposed to ‘here’s some bad history.’ How can we immerse the viewer even further? I love when I have revelations two weeks after the fact where I’m like, ‘Oh wow, ok.’”

The horror-themed time period piece, Lovecraft Country, it is in a league of its own – providing a world where fear is a theme defined in many ways and in some cases relatable. Is racism scarier than monsters, witches, and ghosts? Check out the series Lovecraft Country August 16th on HBO Max at 9pm and you can decide…