Kashif Boothe is Producing Black Documentaries & Series through Our Voice 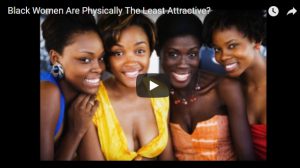