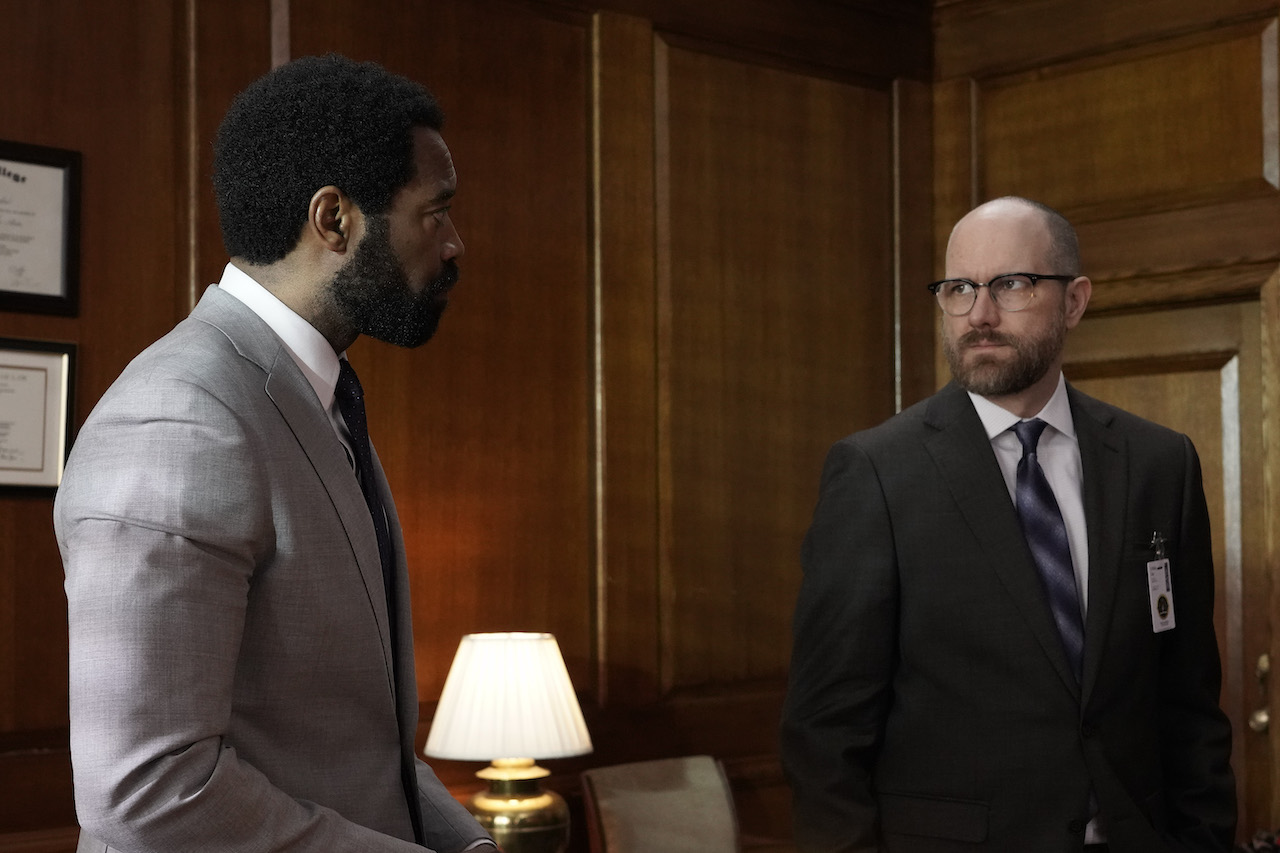 From creator Hank Steinberg (“Without a Trace”) and Curtis “50 Cent” Jackson, and inspired by the life of Isaac Wright Jr., “For Life” is a fictional serialized legal and family drama about an imprisoned man, Aaron Wallace, who becomes a lawyer fighting to reverse his own life sentence for a crime he didn’t commit. His quest for freedom is driven by his desperate desire to get back to the family he loves—his estranged wife and daughter—and reclaim the life that was stolen from him. ABC’s compelling new drama series “For Life” premieres TUESDAY, FEB. 11 (10:00-11:00 p.m. EST), on ABC. (ABC/Giovanni Rufino)
NICHOLAS PINNOCK, ERIK JENSEN