Introducing Ludazh, Savage aka Bandit, and Kada From Darlington. They are known among their fans and supporters as: Camp Lyfe. They currently reside in Columbia, South Carolina.

Their current album is titled “Meet Da Camp.” They are working on a new project right now, but they haven’t given it a name just yet. Ludaz was inspired to do it by the fact that he feels the music industry needs some good music right now. Life inspired them to write it and show people the world through their eyes.
Ludaz doesn’t consider himself an MC or lyricist. He just considers himself a real man giving you his street stories. Either he has seen it or he has done it. But, on the other hand Kada considers himself a lyricist and Bandit certainly knows that he is an entertainer!

They write and create their own music. They have collaborated with as many Artists that they could who were serious about their craft including Lil Ru, Nine Million, and Mo Beatz on their “Meet Da Camp” project.

Kada always loved music. He remembers his grandmother having literally hundreds of records in her living room wall unit. His father played almost every instrument. He started writing in middle school as a competition to see who could write the best verse with his friends at the time. Yet, for Ludazh writing songs is like therapy to him. In general life inspires him. As long as he’s living he always has something to rap about. Bandits’ mother is a passionate music lover, which she passed down to him. So she inspired him to create music.

In Kadas’ world his most memorable performance was their first show in their hometown, as the headliner for a comedy show. They were so young and excited. He loved every minute of it because they got to share something with the world. They worked hard and practiced for hours to prepare for. Ludazh he doesn’t really have a memorable stage performance moment because they all are LIT! But if he had to pick one it would be when they opened a show for Master P. Bandit says that his most memorable moment was when he did a song with “Soul 4 Real.”

Ludazh shares that if he could perform with any popular artist in the industry today, he’d choose Stevie Wonder! He thinks the fella is incredible and that it would be a good move for the CamP, mixing in two genres and all. Kada let’s us know that if he could perform with a popular artist today it would have to be Jay-Z. He’s a music mogul and has branched out into things other than music.

Ludazh tells us that what makes them stand out from other Artists is that they’re not afraid to be themselves. They don’t always have to be the coolest. They don’t mind laughing, and having a good time. Life is about living and enjoying it so they show that through their music, their personalities and all.

The future for Camplyfe is Lit with a lot of opportunities. They have a lot of surprises up their sleeves. The Jody video is on the way. Their CD is coming out this summer. In general the future holds more of everything for camp lyfe from music to fashion. They are also expecting to gain international recognition for their music company.

Their Conact Info and Work Can Be Found at the Following: 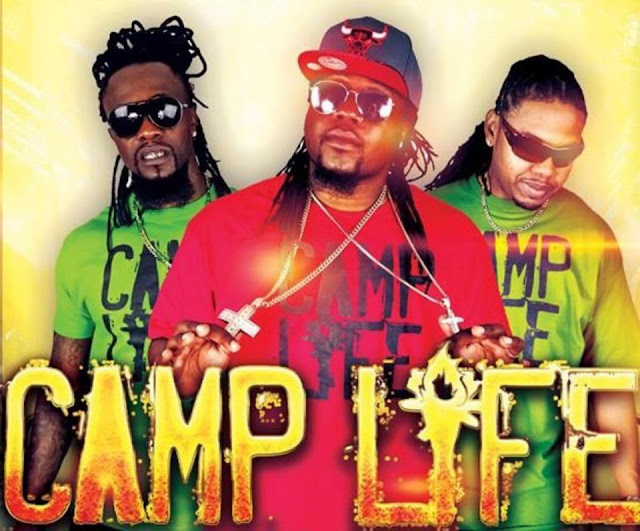 — Kada @mrfreshoncampus on all social media