Because You Need Black Men on Your Timeline 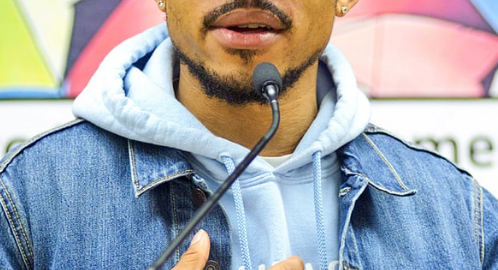 If our #MustLoveBeards series taught the internet anything, it’s that we love Black men. Blue collar Black men, creative Black men, Black men climbing the corporate ladder, Black men taking care of their families, activist Black men, and poetic Black men all have a place in our hearts.

This week, for #MCM we decided to bless your timeline with 3 Black men doing great things. 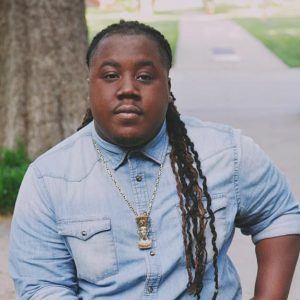 This 25 year old Oakland activist and father leads a youth program dedicated to supporting youth of color in the Bay area. He teaches students about how to incorporate history from the African Diaspora into their everyday lives. Rashid completed his studies at Oklahoma State University on a debate scholarship and he won top speaker at the National College Debate Tournament. His peers admire the way he talks about the importance of Black love in our community. His students are grateful to have a coach who is so dedicated to helping them be successful. Long hours and frequent trips across the country take up a lot of his time, but it seems to be worth it when you look at his track record and the passion he has for young Black students and their success.

Who doesn’t know Chance the Rapper at this point? This Black man is gifted, philanthropically in 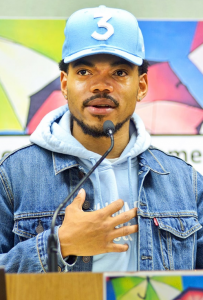 clined, and charming. The Chicago native often speaks of his commitment to family and Christianity in a way most rappers don’t.  His powerful verse on Kanye West’s ‘Ultralight Beam’ shows just how talented he really is. Chance the Rapper has an uncanny ability to walk the line being humble and confident. We love the way he navigates his fame.

Chance is also beautifully flawed. On multiple occasions, he discusses mental health, addiction, and self love. While most people, no matter their level of fame, tend to shy away from personal flaws or mistakes they’ve made, he puts his history on display for the world to see. He made hip hop history at the last Grammy Awards show and will surely continue to impress. Beyond his professional accolades, he continues to offer his music to fans for free and has devoted over $1 million of his own money to youth development programs that benefit children in Chicago. All we want to know now is who he is referring to when he says that his “ex looking back like a pillar of salt”.

Becoming a judge is no easy task. First, you have to earn a college degree. Next, you need to get a decent LSAT score. Next, you have to actually get into law school and become a good attorney. Only then can a person attain a spot on the bench. Judge Olu Stevens graduated from the prestigious Morehouse College, then went on the complete his juris doctora 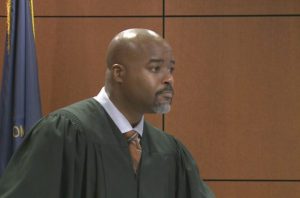 te at George Washington University Law School. He was a circuit court judge for the 30th Judicial Circuit in Jefferson County (Louisville, Kentucky).

Judge Olu Stevens did something that most professionals wouldn’t dare do–he put his career on the line to stand up against white supremacy. Specifically, Judge Olu Stevens denied all-white juries from taking over his courtroom. It was a bold move and we appreciate him for the stance he took against racism. Of course, no one is perfect. Though mainstream media outlets have accused him of being a reverse-racist, his act was meaningful. Judge Olu Stevens, we applaud your efforts!

Much love to all the Black men out there walking in their purpose. We appreciate you all and we are happy to see you shine!

One thought on “Because You Need Black Men on Your Timeline”